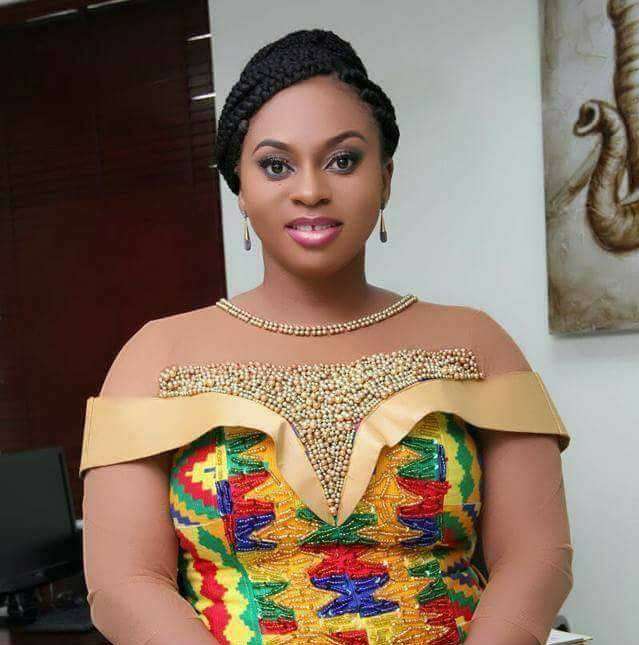 The New Patriotic Party (NPP) in the Dome-Kwabenya Constituency is backing MP for the area, Sarah Adwoa Safo, who claims that she negotiated with the World Bank to build the community Day Senior High School in the area.

A viral video captures the Dome-Kwabenya lawmaker boasting that it was her hard work that established the Kwabenya Senior High School (SHS) project.

According to her, even in opposition, she worked assiduously to secure funding from the Bretton Woods institution to build the school complex, a claim the World Bank has flatly denied.

Meanwhile, the school project is known to be one of the community day schools which former President John Mahama’s government built before losing elections to the Nana Akufo-Addo administration last year.

Following Adwoa Safo’s claims, she was subjected to a sustained trolling on social media for what many say is a blatant lie made to score political points.

Former Deputy Minister of Education, Samuel Okudzeto Ablakwa, has since asked the MP to retract her claims and apologise for attempting to take undue credit.

But in a new twist to the matter, the NPP Communication Director for Dome Kwabenya, Nana Nkrumah, told journalists on Sunday that the party stands by the MP’s claim.

“The truth of the matter is that our MP, Honourabale Adwoa Safo, was fully in charge of acquiring the land for the Kwabenya SHS. We have evidence to prove it,” he defends.

The lawmaker’s aide, Dr Emmanuel Boakye, has also said she will not apologise for the comments. 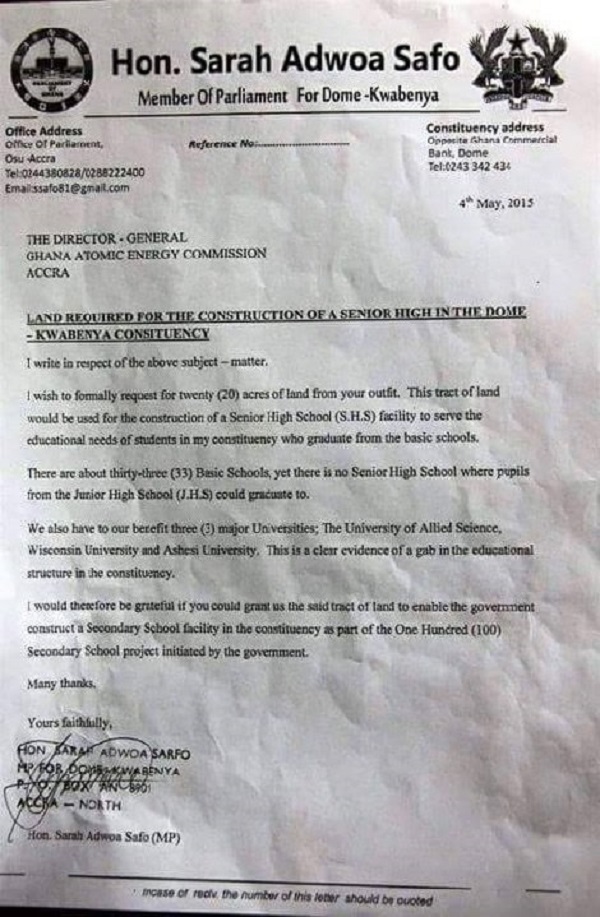 Photo: This letter popped up as ‘evidence’ of Adwoa Safo’s involvement in the school project, but many say it does not justify her claims.