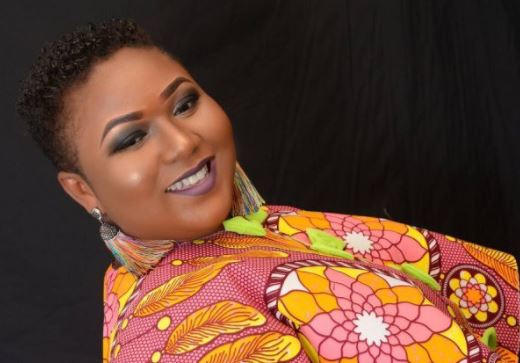 ‘One Corner’ hitmaker Patapaa has been in the news after last Saturday’s VGMA’s. His outburst following his inability to win the Most Popular Song of the Year Award coupled with the oversized suit he wore to the event had made him the talk of the week.

Meanwhile, an actress has suggested an alternative idea that could make Patapaa forget his sorrows. According to Xandy Kamel, Patapaa would shut up if he is given a good time in bed.

Speaking in an interview on KOFI TV, Xandy offered to give Patapaa this good time she was talking about. But her offer did not come without a condition. Xandy stated that Patapaa would have to brush his teeth and bath very well before they star the action.

Going further, the Kumawood actress claimed that looking at Patapaa’s face and waist, he will be better in bed as compared to Kuami Eugene. Xandy Kamel is an upcoming actress and the daughter of late Volta Regional Minister Henry Ford Kamel.

So far, she has featured in about 20 movies but has made a name as a very controversial figure. She came up for social media bashing somewhere in 2017 when a video of her being fondled in public surfaced.

Addressing this matter during the interview on KOFI TV, Xandy brushed aside her critics and even ‘forced’ the show’s host, Kofi Adoma Nwanwani to feel her breasts.