Surgeons at the Korle Bu Teaching Hospital spent Monday night trying to retrieve a bullet from the shoulder of a laboratory technician after he was shot by an unknown person. 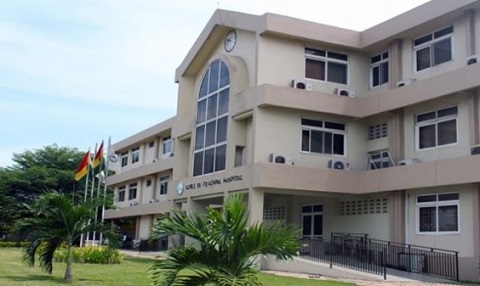 The spokesperson for the hospital, Mustapha Salifu, told Joy News the incident happened shortly after 2 p.m on Monday.

The identity of the victim has not been released by hospital officials.

“He [ the victim] was in the office with another colleague – that was shortly after 2pm – and he said he felt something has hit him.

“So he asked his colleague to check and when they checked they saw that he was indeed hit by a bullet.

“So they checked through the window and they found the trajectory of the bullet through the curtain. They called for support and the lab manager mobilised others to help and send him to the accident centre,” Mr Salifu narrated the incident to Joy News.

He said police and the internal security of the hospital have been duly informed, and “they are on the look out to pick any suspicious characters around the hospital.”

He urged staff not to be afraid as the situation is under control.

Korle-Bu is the premier health care facility in Ghana and the only tertiary hospital in the southern part of Ghana.