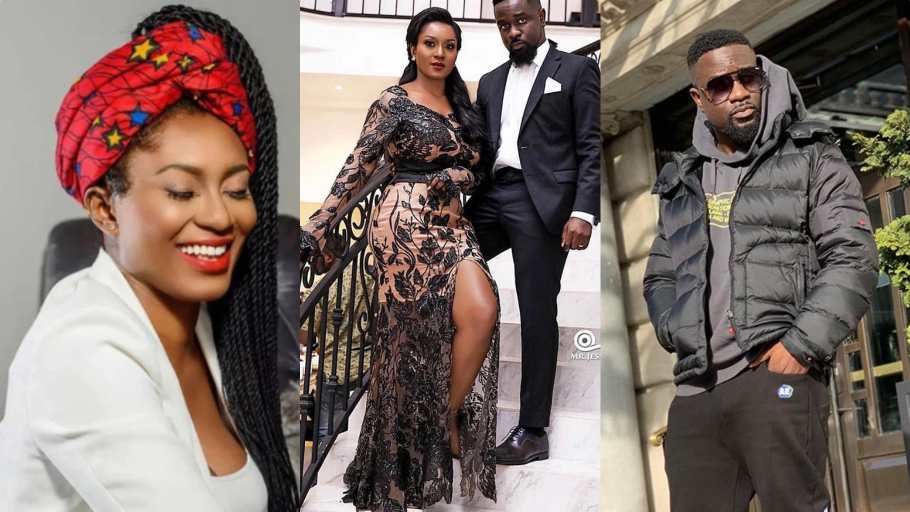 Wife  of multi-awarded Ghanaian rapper Sarkodie, Tracy “Sarkcess”, has responded to seven (7) out of the most Frequently Asked Questions (FAQs) in her direct mentions on social media.

Sarkodie and Tracy make one of Africa’s favourite and finest couple goals but their story was never rosy from the start just like any Romeo and Juliet narrative.

According to Tracy, her family from the onset disapproved of her relationship with the then underground rapper over her educational status. “My family didn’t understand why a “university girl” like me would date a rapper and there was the perception that rappers are womanisers.”

Tracy and Sarkodie as lovers dated for about 10 years, welcomed a 4-year-old daughter and finally got married in 2018 at a private ceremony. Sarkodie now stands tall as one of the top rappers in Africa and we guess Tarcy’s family will now be proud of him.

Below are responses to some of the Frequently Asked Questions.

Ans: We met at Comm.9 Tema. We grew up in the same neighbourhood. He was an area boy

2. Y’all know Sark is handsome. So how do you handle if randomly seeing nice ladies around him and are you a jealous woman? – @AbotareSim

Ans: I use to be jealous but that was a long time ago. Once I matured in the relationship I stopped that childish behaviour.

3. What is that one thing about Sarkodie that made you accept his proposal to be his girlfriend and later his wife.? – @Sarkcesslivingg

Read: Love on a lockdown: Ladies, stop trying to change your man

4. What’s the hardest Part Of Dating/Marrying A Superstar? – @KobbyKyeiNews

Ans: I have to share him with everyone. And most ppl feel more entitled to him than me sometimes… Amansan property, especially during holiday season when you supposed to spend time with your family

Ans: No. I was doing my Masters in Marketing when I got pregnant with Titi so I stopped. But plan to go back at some point. Education never stops with age.

6. Did you believe in King Sark(ur husband) bout him doing music?? – @Sark_Royals

Ans: I don’t think I took it serious even though I knew he was passionate Abt it. Till I saw him in action at Kasahari, a couple of performances & his 1st album he gave me. Have forgotten the title of that album. it was before “Makye” album. still I never thought he would be this big

7. @TracySarkcess growing up, what did you intend to do and have you achieve your dream yet? – @Sark_Royals

Ans: Growing up I wanted to be a journalist, a newscaster to be precise because I love politics. But it was hard in Germany as a black in my time to get practical work experience & also b’cos of the language. But I ended up still working in media but I’m a diff. field.

Love on a lockdown: Ladies, stop trying to change your man

Bill Cosby Found Guilty On All 3 Counts of Sexual Assault