A photo showing President Nana Addo Dankwa Akufo-Addo delivering a public address whilst standing on what some critics say is the Ghana Flag has evoked considerable controversy on social media sites.

The trending snapshot captures the president speaking on a raised platform draped in the national flag with police and military guards positioned at the four corners of the podium.

Whilst the location and date of the event remain sketchy, numerous individuals in the Upper East region have slammed the spectacle and have taken their protests public, using Facebook and WhatsApp among other networks to say the president has desecrated the national banner.

Samuel Mbura, a media practitioner, posted on Facebook: “And who stepped on Ghana? Oh my pride! The Ghana Flag! The managers of the president are ignorant!”

“In the US, the flags are normally put behind the president shown as symbol of authority [and] commander in chief [and] we use ours as a carpet? Hmmm,” Maxwell Atanga, another Facebook user, remarked.

Ophelia Azure lashed out at the security details, saying: “Ooh GH…When will we grow [?] Stepping on our own flag….Yet police [and] soldiers are guiding him instead of guiding the GH flag. Eye asem oo.”

But the criticisms have been met with sharp comments from some observers who hold a counterview, claiming the president stood on a red carpet and not the red stripe of the flag.

“Clearly, the man is standing on a red carpet, which is not part of the red on the flag. Unless you are telling us to stop using any red carpet. However, we all know what the red carpet symbolizes in diplomacy. I suggest you re-examine it again,” opposed a Facebook user, Imoro Nimoo Abdulai.

MHerlurdi Ephya Agyeman defended President Akufo-Addo’s position on the decorated stage, saying: “Aah [and] who said he’s standing on the flag? [Can’t you] see the flag has been used as a design on the sides of the raised platform? You people de333. ….smh….you will never take [time] in making unwholesome judgement [just] because NPP is in power!” 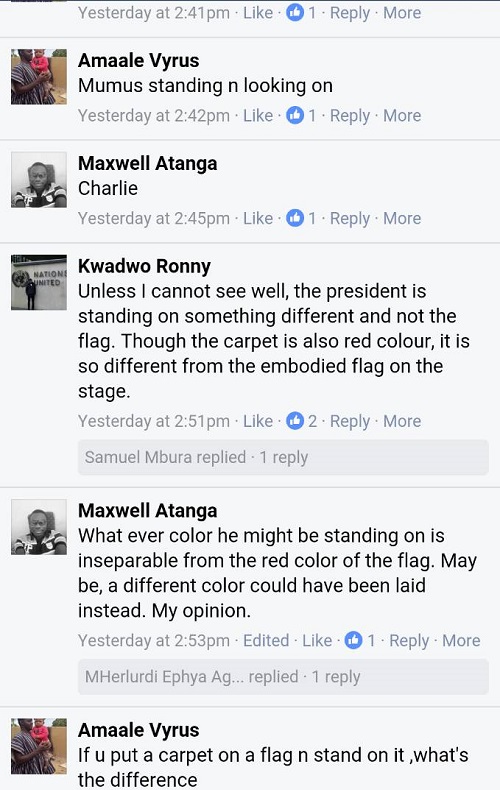 “The president is on a red carpet, if you really fear your God stop the lies,” Yenaa-Dulum Andrew Dongo confronted the president’s faultfinders.

Forms of desecrating a National Flag

A number of actions are considered as flag desecration in some countries across the globe. They include dragging it on the ground, hanging it upside down, urinating or defecating on it, burning it, verbally insulting it, stepping upon it, cutting or ripping it, damaging it with guns or stones, defacing it with slogans and using the image of the flag to design toilet paper, napkins and doormats.

It is illegal to revile or damage the German federal flag, with desecrators likely to face a fine or a maximum of three years in prison. In 2016, Israel amended its criminal code to punish anyone convicted of burning an Israeli flag or the flag of allied countries with 3 years in prison. Verbal flag desecration in Italy attracts fines ranging between 1,000 and 10,000 euros and up to 2 years for physical damage or destruction to the flag.

Whilst the likes of Denmark and Japan, however, do not have any laws explicitly prohibiting desecration of the flag, the South Korean Article 105 imposes up to 5 years in prison or a fine of 7 million South Korean won for damaging, removing or staining a South Korean flag or emblem with “intent to insult the Republic of Korea”. 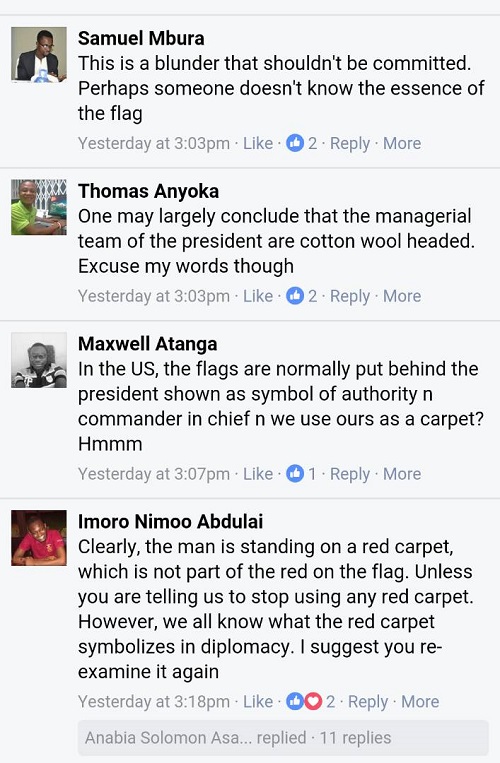 The laws of Ghana on flag desecration

Ghana’s Criminal Offences Act-1960 (Act 29) states clearly: “Whoever does any act or utters any words or publishes any writing with intent to insult or bring into contempt or ridicule the official national flag or emblem of Ghana or any representation or pictorial reproduction thereof is guilty of a misdemeanour.”

The Flag and Arms Protection Act of 1959, Number 61, also affirms that “any person who contravenes the provisions of this Act commits an offence and shall be liable on summary conviction to a fine”. The law further avers, “If the design is used upon, or in connection with goods, the fine shall be increased by an additional amount equal to the retail value of any such goods…or the goods may be confiscated altogether.”

Whilst flag burning is rare in Ghana, the use of national emblems in a manner considered desecrating cannot be argued with the national flag being used to design all manner of outfits for private business purposes and at both local and international sporting events.

The state Protocol Department defends and upholds the sole privilege of the President of the Republic to fly the Ghana Flag on his car whilst on official duty, but there have been private and commercial vehicles flying the national flag in the streets at will.

President Akufo-Addo’s debated ‘flag-stepping’ photo triggers a public recollection of the moment an unfamiliar woman came out from a crowd and, sidestepping all the security details around, was able to grab hold of former President John Dramani Mahama at the forecourt of the Parliament House late in 2016.

The ex-president had just delivered his last State of the Nation Address and was about to enter a waiting car when the tearful-looking woman, apparently wishing that Mahama could stay back in office after losing the 2016 polls, was captured on news cameras trying to hold the president back from leaving the premises. It took the president himself to free his hand from her tight grip.

The security guards around the president were hauled over the coals on both mainstream and social media platforms for losing their guard. The latest debate has had some observers saying President Akufo-Addo’s security protocol unit should have ensured that the flag was not used to wrap a low podium on a bumpy ground as the 5th President of the 4th Republic, outfitted in a made-in-Ghana shirt, addressed the crowd.

Asantehene brouhaha: Politicians should look more into things that unite us – Sefa Kayi 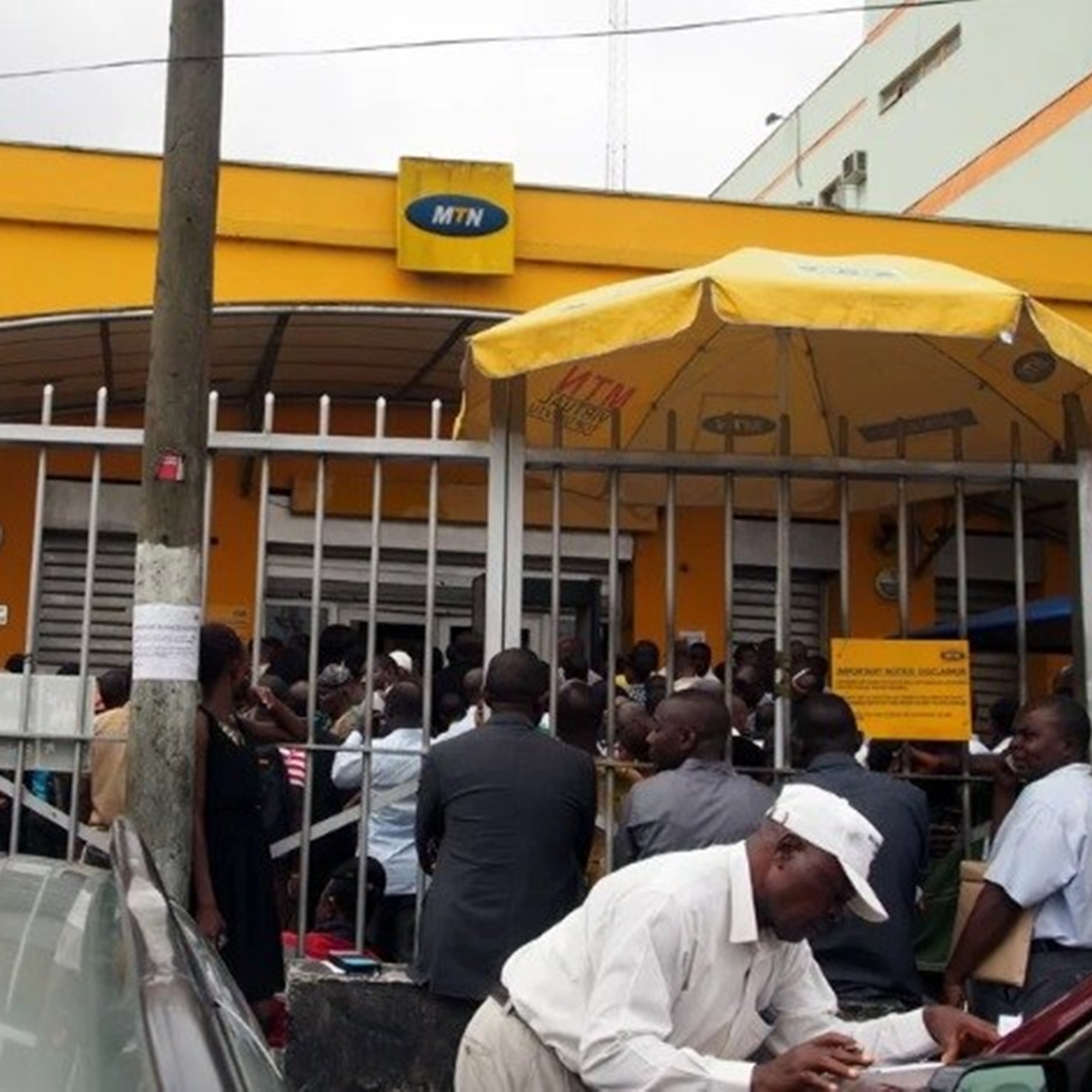