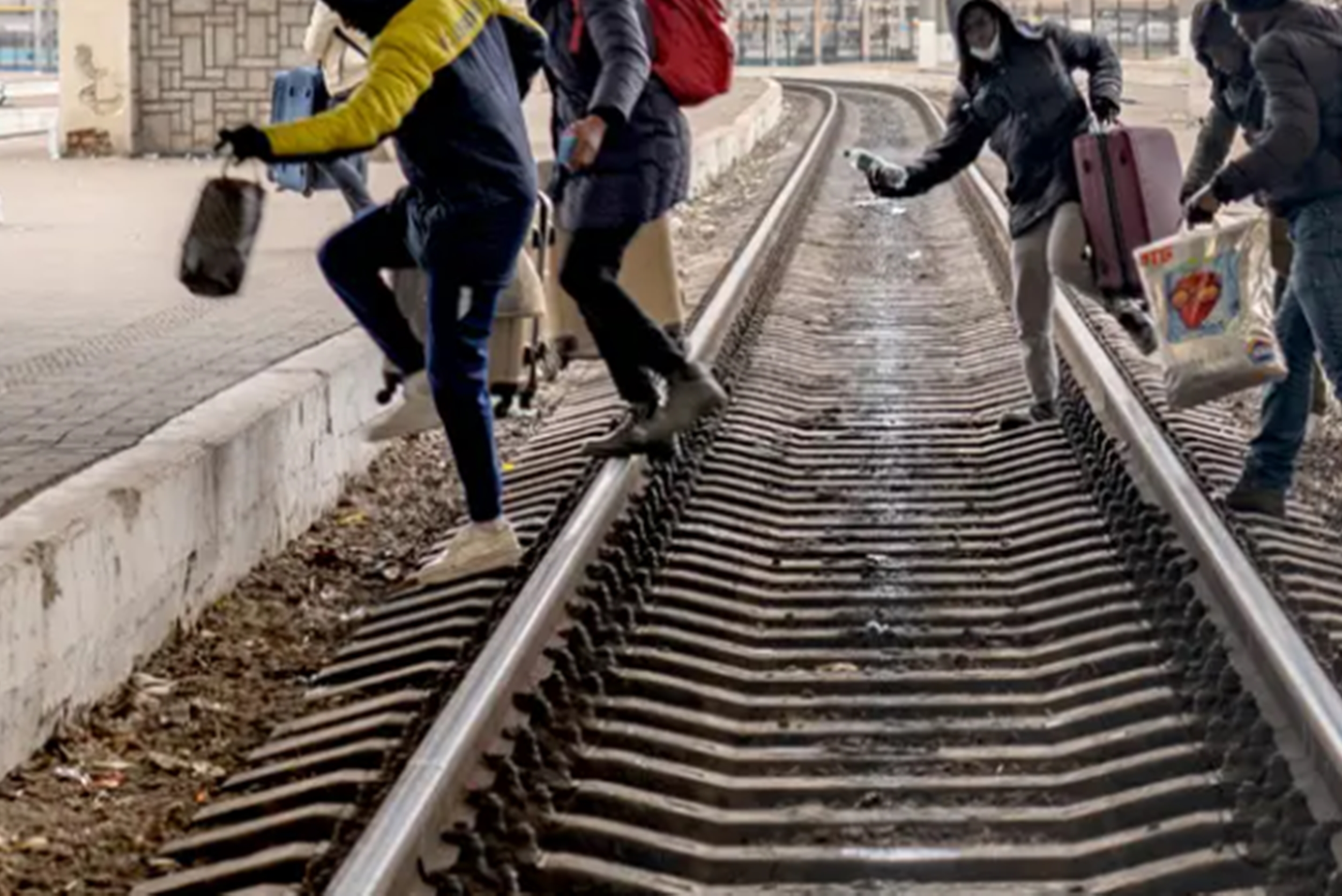 Non-white students who have fled Ukraine have been detained by EU border authorities in what has been condemned as “clearly discriminatory” and “not acceptable”.

An investigation by The Independent, in partnership with Lighthouse Reports and other media partners, reveals that Ukraine residents of African origin who have crossed the border to escape the war have been placed in closed facilities, with some having been there for a number of weeks.

At least four students who have fled Vladimir Putin’s invasion are being held in a long-term holding facility Lesznowola, a village 40km from the Polish capital Warsaw, with little means of communication with the outside world and no legal advice.

One of the students said they were stopped by officials as they crossed the border and were given “no choice” but to sign a document they did not understand before they were then taken to the camp. They do not know how long they will be held there.

A Nigerian man currently detained said he was “scared” about what will happen to him after being held in the facility for more than three weeks.

Polish border police have confirmed that 52 third-country nationals who have fled Ukraine are currently being held in detention facilities in Poland.

The International Organisation for Migration (IOM) said they were aware of three other facilities in Poland where people non-Ukrainians who have fled the war are being detained.

Separately, a Nigerian student who fled the Russian invasion is understood to have been detained in Estonia after travelling to the country to join relatives and is now being threatened with deportation.

This is despite an EU protection directive dated 4 March which states that third-country nationals studying or working in Ukraine should be admitted to the EU temporarily on humanitarian grounds.

Maria Arena, chair of the EU parliament’s subcommittee on human rights, said: “International students in Ukraine, as well as Ukrainians, are at risk and risking their lives in the country. Detention, deportation or any other measure that does not grant them protection is not acceptable.”

The findings of the investigation, which was carried out in collaboration with Lighthouse Reports, Spiegal, Mediapart and Radio France, comes after it emerged that scores of Black and Asian refugees fleeing Ukraine were experiencing racial discrimination while trying to make border crossing last month. 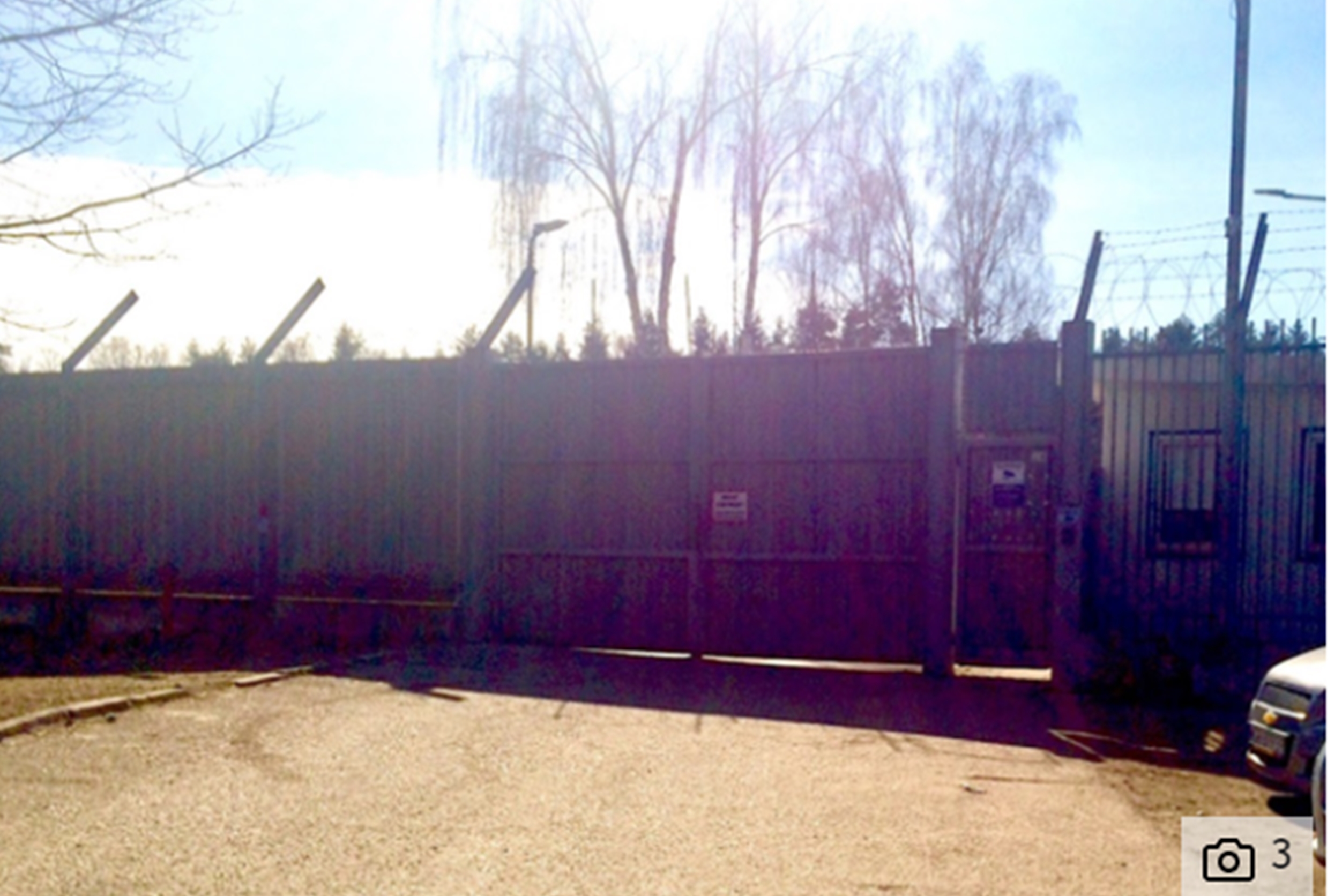 ‘They took us here to the camp… I’m scared’
Gabriel*, 29, had been studying trade and economics in Kharkov before war broke out. The Nigerian national left the city and arrived at the border on 27 February, where he says his phone was confiscated by Polish border guards and he was given “no option” but to sign a form he did not understand.

“It was written in Polish. I didn’t know what I was signing. I said I wouldn’t sign, but they insisted I signed it and that if not I would go to jail for five months,” he said in a recorded conversation with a Nigerian activist.

The student said he was then taken to court, where there was no interpreter to translate what was being said so that he could understand, and then taken to a detention centre in the small village of Lesznowola.

“It is a closed camp inside a forest,” said Gabriel, speaking from the facility. “There’s no freedom. Some people have been here more than nine months. Some have gone mad. I’m scared.

“We escaped Ukraine very horrible experience, the biggest risk of my life […] Everything was scary and I thought that was the end of it. And now we are in detention.”

Gabriel said there are at least two other Nigerian students in the camp, along with students from Cameroon, Ghana, the Ivory Coast and French African nations.

Guards at the centre said inmates have their mobile phones confiscated, with only those who have a second sim card given a phone without a camera.

Many can only communicate with the outside world via email – and even this is said to be limited to certain times.

Another individual detained at the centre is Paul, 20, a Cameroonian who had been studying management and language at Agrarian University Bila Tserkva in Kyiv for six months when the war started.

His brother, Victor, who is in Cameroon, said Paul had told him that he had been apprehended while crossing the border and that on 2 March, a Polish judge ordered that he be transferred to Lesznowola detention centre.

“From his explanation, the camp doesn’t seem like one that welcomes people fleeing from the war in Ukraine. It’s a camp that has been existing and has people that came to seek for asylum. No one knows why he is being detained,” he said.

Victor said that Paul was given seven days to appeal the decision to detain him, but that he has been unable to access the internet in order to file the appeal in time.

“Since that day he filed the appeal, police and guards try to restrict them. He used to get five minutes of internet but on that day they stopped letting them use the internet. The phone he used to communicate with me was blocked. Maybe it’s because they realised that the issue was taking on a legal dimension,” he said.

‘He’s not allowed to be in Estonia’
This investigation has also heard reports that a Nigerian student, Reuben, is facing deportation from Estonia after being detained having fled the war in Ukraine.

Prior to his arrival in the eastern European country, 32-year-old Reuben emailed the head of International House, a service centre that helps internationals in Estonia to communicate with the state, explaining that he wanted to join his cousin living in the country.

The head of the organisation Leonardo Ortega responded by letter that he may relocate to Estonia.

Reuben, who attended Bila Tserkva National Agrarian University in Ukraine and is married to a Ukrainian woman, arrived on 9 March through Poland with his cousin Peter.

After being delayed for three hours at the Estonia border, the pair were escorted to a police station, according to Peter, 30, who has an Estonian residency permit.

He said three police officers escorted his cousin away with his luggage and said he would be detained for two days themn deported back to Nigeria.

The officers reportedly advised that the 32-year-old would be banned from entering any Schengen country for the next five years; his phone was confiscated and he’s been in detention since.

“A few officers said ‘he’s not allowed to be in Estonia’. Even after asking for international protection, we were told that my cousin needs to have a lawyer to fight his case, but most of the lawyers I initially contacted refused to take my cousin’s case,” said Peter.

“He received an email in advance saying it was okay to come – and after everything we went through, the next thing they want to deport and ban him for five years. I don’t know why deportation came into the picture.”

Criney, a London-based campaigner who has been supporting the affected students on a voluntary basis, said there was an “emerging pattern of arbitrary detention of students coming out of Ukraine fleeing the war”.

“There are other cases in Austria and Germany with regards to students who have applied for asylum or asked for permits to remain,” the campaigner said.

Detained ‘for the purpose of identity verification’
The EU directive on 4 March aims to help refugees fleeing the invasion to stay for at least one year in one country and also have access to the labour market and education.

It states that it also applies to “nationals of third countries other than Ukraine residing legally in Ukraine who are unable to return in safe and durable conditions to their country or region of origin”.

This can include third-country nationals who were studying or working in Ukraine, it states, adding that this cohort should “in any event be admitted into the union on humanitarian grounds”, without requiring valid travel documents, to ensure “safe passage with a view to returning to their country or region of origin”.

Michał Dworczyk, a top aide to the Polish prime minister, said when war broke out that “everyone escaping the war will be received in Poland, including people without passports”.

But the Polish government has admitted that it is sending some of this cohort to closed facilities once they cross the border.

In a tweet on 2 March, the Polish ministry of internal affairs and administration said: “Ukrainians are fleeing the war, people of other nationalities are also fleeing. All those who do not have documents and cannot prove Ukrainian citizenship are carefully checked. If there is a need, they go to closed detention centres.”

In a letter to a member of the EU Parliament, Poland’s border police admitted that 52 third country nationals who had fled from Ukraine had been taken to closed detention centres in the first three weeks of the war.

The letter stated that this was necessary “to carry out administrative proceedings for granting international protection or issuing a decision on obliging a foreigner to return”.

Ryan Schroeder, press officer at the IOM, said the organisation was aware of three other facilities in Poland where “third-country nationals arriving from Ukraine, who lack proper travel documentation, are brought to for the purpose of identity verification”.

The Polish government, the Polish police and the Estonian authorities declined to comment on the allegations.

A spokesperson for the Polish border force said it “couldn’t give any detail about the procedures on foreigners because of the protection on personal data”, adding that it is “the court which takes the decision each time to place people in guarded centres for foreigners”.

‘Clearly unsatisfactory and discriminatory’
Steve Peers, a professor of EU law in the UK, says that even if member states choose not to apply temporary protection to legal residents of Ukraine, they should give them “simplified entry, humanitarian support and safe passage to their country of origin”.

“In my view this is obviously a case where students could not have applied for a visa and might not meet the other usual criteria to cross the external borders, yet there are overwhelming reasons to let them cross the border anyway on humanitarian grounds. There are no good grounds for immigration detention in the circumstances,” he added.

Jeff Crisp, a former head of policy, development and evaluation at UNHCR, said it was “clearly unsatisfactory and discriminatory” for third country nationals who have fled from Ukraine to be held in detention centres in EU states, “not least because of the trauma they will have experienced in their efforts to leave Ukraine and find safety elsewhere”.

He added: “They should be released immediately and treated on an equal basis with all others who have been forced to leave Ukraine.”

It comes after the UN High Commissioner for Refugees Filippo Grandi warned this week that, although he had been “humbled” by the outpouring of support seen by communities welcoming Ukrainian refugees, many minorities – often foreigners who had been studying or working there – had described a very different experience.

“We also bore witness to the ugly reality, that some Black and Brown people fleeing Ukraine – and other wars and conflicts around the world – have not received the same treatment as Ukrainian refugees,” he said.

Mr Grandi appealed to countries, in particular those neighbouring Ukraine, to continue to allow entry to anyone fleeing the conflict “without discrimination on grounds of race, colour, descent, or national or ethnic origin and regardless of their immigration status”. 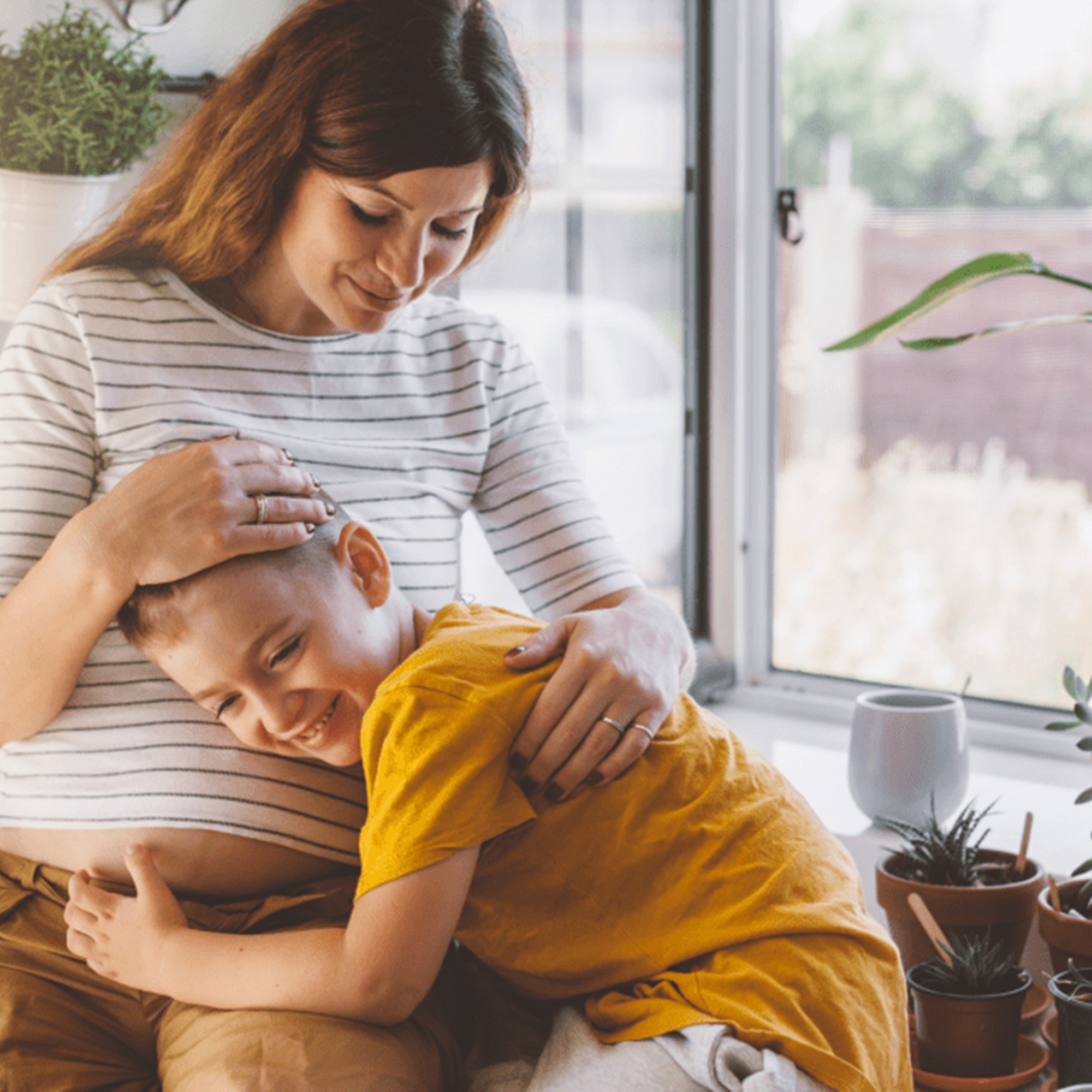 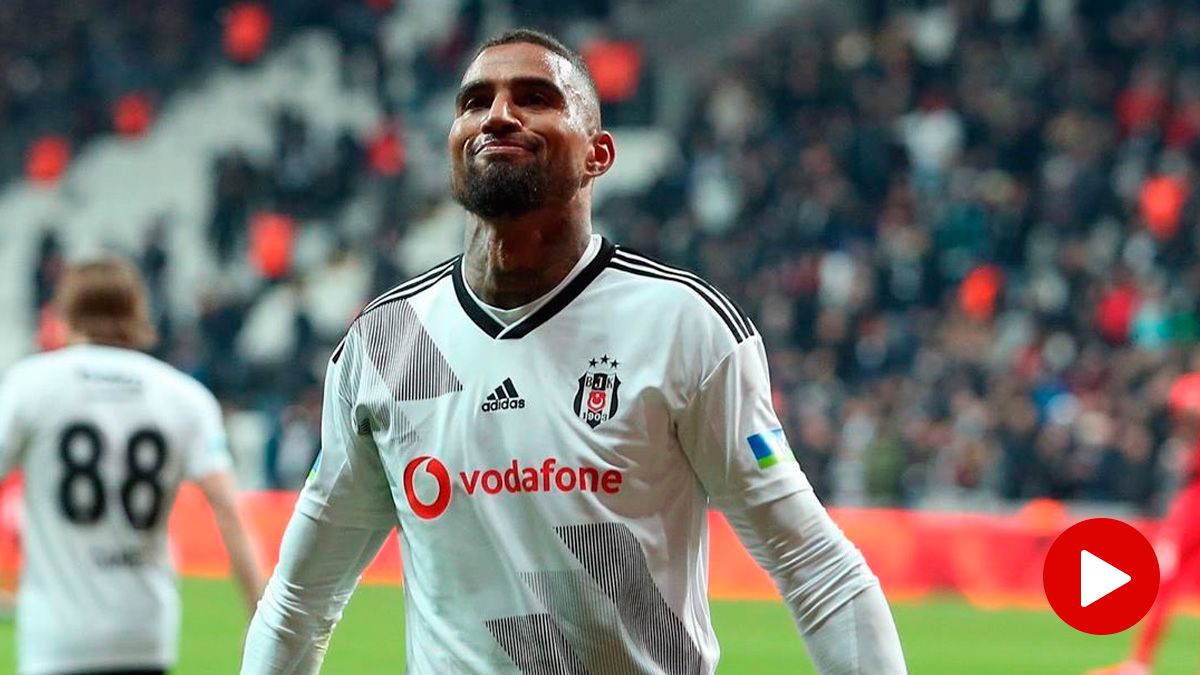