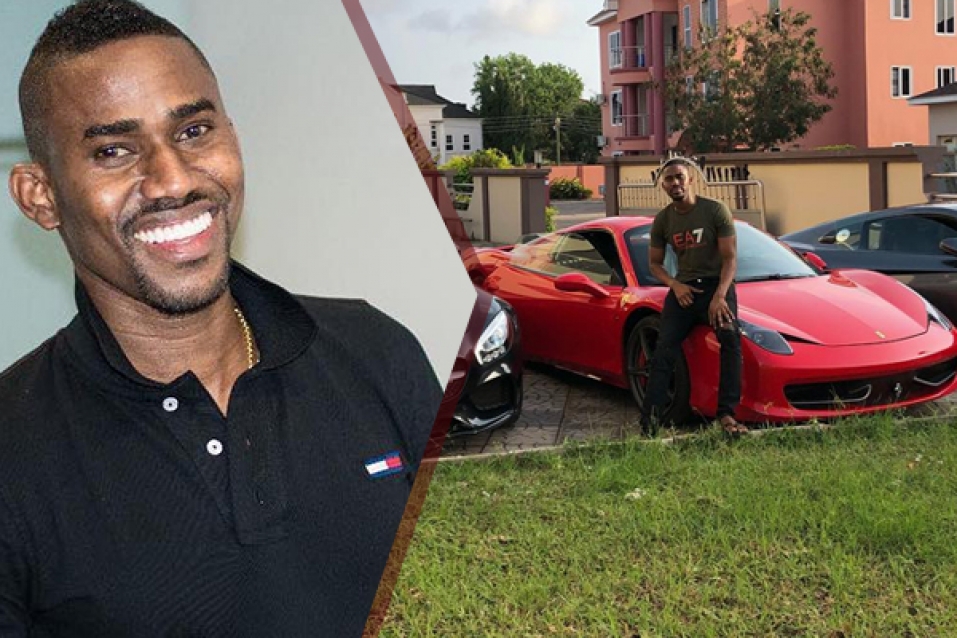 Young Ghanaian multimillionaire Ibrah One, known for his mind-blowing wealth and extravagant displays of it on social media, has been arrested for money laundering.

Ibrah One was picked up by police at his plush East Legon mansion and is reportedly set to be extradited to the United States to stand trial.

The young cash cow was snitched on by a friend who he owed over $400,000 to but failed to pay.

Ibrah has threatened to expose all the ‘big men’ in Ghana who he launders money for if he’s jailed.

Ibrah One, remember, made news a while back for sharing iPhones in a trotro. He’s known for his ostentatious displays of wealth.

Check out shots from Ibrah’s own social media accounts lamenting his arrest.

I'm ready to feature Patapaa on a song - Prophet Kumchacha