‘Beasts of No Nation’ child character Strika has been  spotted hovering the capital city of Ghana, Accra, begging to make ends meet after his debut in the thrilling movie which shot the likes of Abraham Attah to international stardom.

Born Emmanuel Nii Adom Quaye, the young actor has expressed his worry after starring in the drama based on the experiences of Agu, a child soldier fighting in the civil war of an unnamed African country.

The movie written by Cary Joji Fukunaga saw Strika playing a supporting role to the lead character Agu. Strika explains in an interview that although he was promised entitlements after shooting the Netflix thriller, he is yet to be handed any money after shooting “Beast of No Nation.”

According to him, Kofi Robert informed him that he would hold the money in trust by depositing into a bank account until he turned 18 but that hasn’t happened even though he is approaching 19.

“I was told of a bank account that was created in my name by one of the managers with thirty-thousand dollars which I earned from Netflix,” he said.

“After the Netflix movie, I was also promised one per cent of the profit made from the movie aside the thirty-thousand dollars role fee. They told me it’s in the bank but I am yet to see the money”

“I don’t have anyone supporting me now, I have been starred in another movie but my manager is yet to give me any physical money”

“I’m yet to receive any physical money from any of the movies I have shot so far,” he added.

Meanwhile, Strika alerted that though he was paid a sum of ten thousand cedis for shooting a yet-to-be-released movie “Jungle Justice”, his manager [Mawuko] claims he used the whole money he earned from to movie to buy him [Strika] a suit for an event.

Strika in the interview further revealed that, although the lifestyle given at Cape Coast, where most of the kids who featured in the movie Beasts of No Nation are housed is very comfortable, he doesn’t want such a life because he wishes to start a business on his own using money earned from his hard work since school curriculum isn’t helping him that much.

In 2016, Kobina Amissah-Sam in an interview with MzGee on Hitz FM said all the kids who took part in the movie have been well taken care of.

“They have not been forgotten, they have really been taken care of. They are not lacking now as they used to so everything is cool for them now. He has never been in school before but after the production, producers of the movie felt that they have to put him in school. I don’t think that it is Netflix that is taking care of them, it is the producer who wants to help the kids. He is taking care of the three kids, Abraham, Striker and there is one other guy called Justice who stepped on Agu’s head when he was caught”.

Currently, Strika lives with his grandmother at North Kaneshie and he works with a gentleman who sell Yam at Agbogbloshie Market in Accra. He was speaking in an interview with Serwaa Amihere on GhOne TV.

Netflix was reported to have paid a hefty $12 million for worldwide rights to the $6 million film, but by any traditional measure, Beasts of No Nation flopped theatrically, grossing $50,699 for a theater average of $1,635. But the Chief content officer Ted Sarandos defended the release strategy, saying, “Whether in theaters this week or on any Internet-connected device now or in years to come, people all over the world are getting a unique opportunity to appreciate this film.”

Tags
Beasts of No Nation Strika

Ice Prince to delve into politics after music 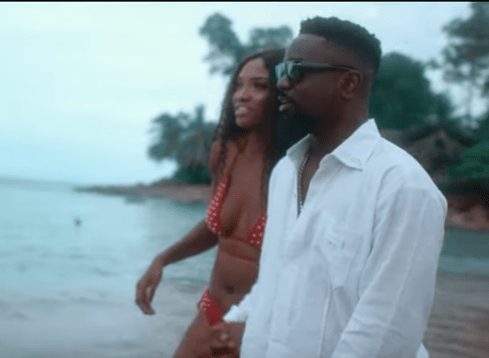