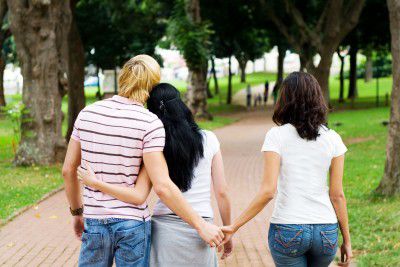 Ghanaians in the last few weeks have heard chilling confessions from men and women as to why they cheat in their marriages. Out of the confessions, one woman who killed her husband seemed to have stood out.

But the latest confession to have been made to relationship expert, is raising eyebrows.

Though not in the same league as the one who took her husband’s life, it is equally a mouthful.

According to the lady who confessed, she prepares fufu and palm nut soup, her husband’s favourite food, with the blood from her menstruation, which is usually shortened as ‘menses’ in Ghana.

This, she does as a form of revenge for an ordeal her husband made her go through and she said she felt at peace anytime she watches her husband eating the menses food.

Her whole story was just too much that David had to share it with a warning that, “the following content may be disturbing or offensive to some readers”.

Read her story below:

The following content may be disturbing or offensive to some readers.

1.”Dave, what you are doing on Facebook, initially, was a problem for me. I thought you shouldn’t have published the cheating ladies thing – because it was too graphic, and not every woman is cheating. Then I read that of the men. Probably, if you hadn’t shared that, I wouldn’t have had the courage to send you this. I foresaw my husband in that list: A Cheat!

I gave up so much for my husband. My dreams to get a second degree. My dreams to get a good paying job. My dreams to be independent (financially): I gave all of that up for him to realize his, with the assurance that, I would be helped out to also pursue my dreams in higher education. It’s been over a decade, I am still a First degree holder, mothering his kids. I wasn’t even bothered by that, my kids made me happy.

Then, his mother died the same month mine got hospitalized.

I needed money to pay for my mother’s surgery. My husband insisted he needs to save to bury his mother. Dave, can you imagine? He was choosing between, spending on the dead over the living. He refused to truly give me the money. Two (2) days to my mother’s surgery, I contacted an Ex-boyfriend for help. I asked him to loan me GHs 25, 000. He was willing to give me the amount, but not as a loan. I wanted a loan, I insisted, but he made it clear he wasn’t going to give it out as a loan, but as payment for a service: Sex!

I was in my time of the month, I couldn’t have sex. I explained it to him, but he told me the offer was available for One (1) day. I had the worst experience of my life in my period, for GHs 25, 000. Mum died Two (2) weeks after the surgery. That was when I also found out about my husband, renting a two-bedroom apartment for a University girl he was sleeping with.

Every month, in my period, in memory of the torture I had to go through to make GHs 25, 000. In memory of my mother, I specially prepare my husband’s favorite Fufu and Palm-nut Soup with my menses. When I watch him eat it, I feel at peace. Sometimes, those Pepper and Sugar them ministries ain’t even relevant. You rather keep them menzed in the blood.”

A peep into Ibrahim Mahama's $1.9 billion net worth