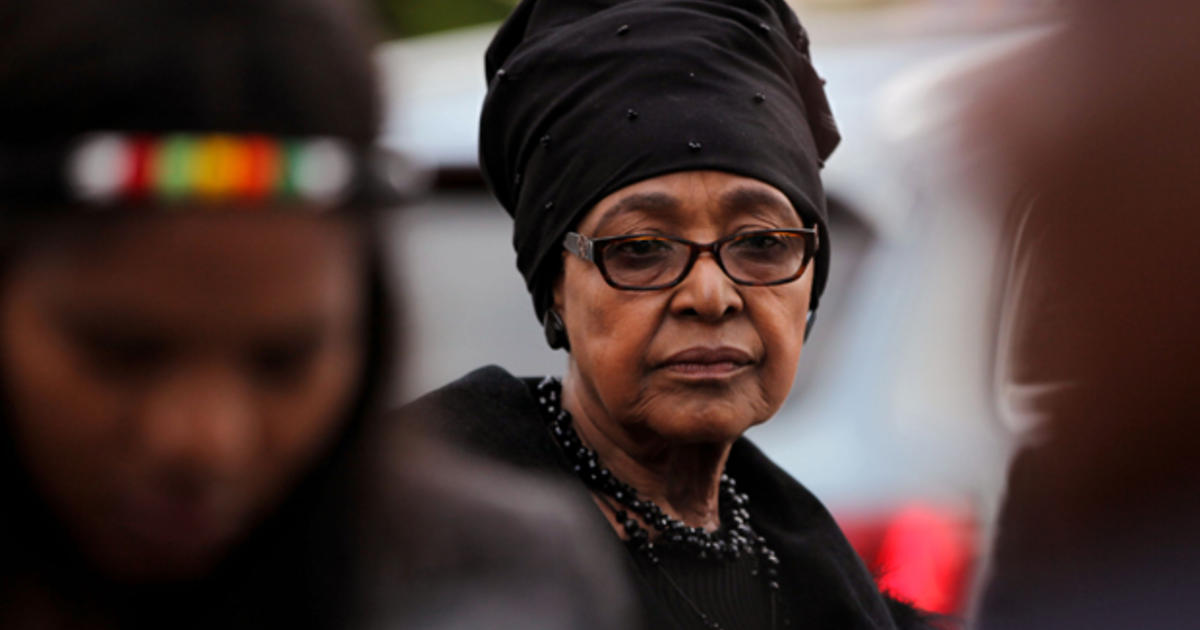 Winnie Mandela, the former wife of the late President Nelson Mandela and South African anti-apartheid activist has died at the age of 81, a family member revealed.

According to the family spokesman Victor Dlamini said in a statement: “She died after a long illness, for which she had been in and out of hospital since the start of the year.

“She succumbed peacefully in the early hours of Monday afternoon surrounded by her family and loved ones.”

Related Articles
The outspoken campaigner was known as the “Mother of the Nation” because of her struggle against white minority rule in South Africa.
Winnie Madikizela Mandela was the former wife of South Africa’s first black president, Nelson Mandela.

The couple – famously pictured hand-in-hand as Mr Mandela walked free from prison after 27 years – were a symbol of the anti-apartheid struggle for nearly three decades.

She was married to Nelson Mandela for 38 years, including the 27 years he was imprisoned on Robben Island near Cape Town. For almost three decades of that time they were separated due to Mr Mandela’s imprisonment.

The couple were divorced in 1996, two years after Nelson Mandela became South Africa’s first black President. They had two daughters together.

Winnie was a trained social worker when she met her future husband in the 1950s.

Despite their separation two years after his release, and their divorce in 1996, she kept his surname and maintained ties with him.

Meanwhile, earlier last month (March) on our visit to the Mandela House, netbuzzafrica.com tried to engage Winnie for a short interview when we heard she was not so well but we were denied access to Winnie’s premise by heavy security at her Soweto residence close to Mandela house.
This is a breaking news story, more to follow …
Tags
Local News Nelson Mandela South Africa South African anti-apartheid activist South African News Winnie Madikizela Mandela Winnie Mandela dead