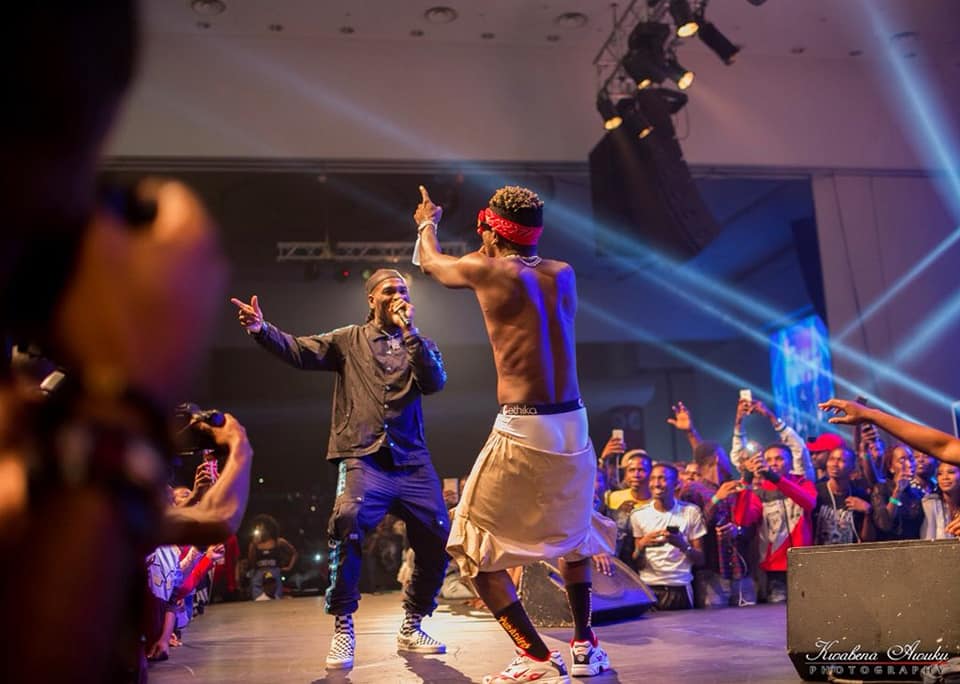 Ghanaian Dancehall star Shatta Wale has once again proved he is able to move crowds wherever he finds himself on the continent.

Noted as a local champion, Shatta Wale  has just surprised the audience at the just ended ‘Naija Invasion’ event held at the Eko Convention Center prior to the launch of Zylofon Media and Menzgold in Nigeria with a total shut down performance.

The Invasion Concert saw performances from Ghanaian artists Shatta Wale, Stonebwoy, Kumi Guitar, Becca, King Promise, Obibini among others who performed well but received little or no cheers from the Nigerian audience who seem so lost in their world.

In the footage below, we see Shatta Wale hiring the services of Burna Boy to rock the stage with their popular ‘Hosanna’ record. Many have argued that his collaboration with the Nigerian bestie actually saved the day.

Naija Invasion: No love for Stonebwoy's performance in Nigeria [Video]