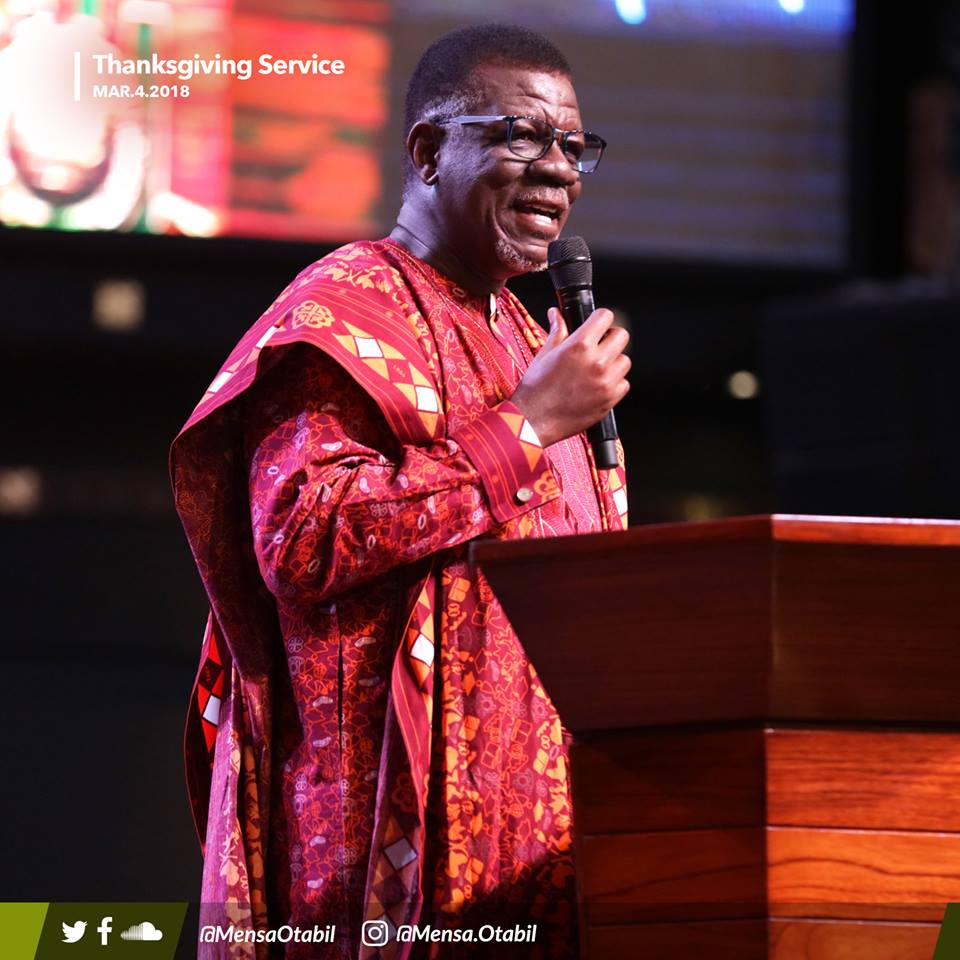 He said because of what the media have been churning out in recent times, he prefers to watch foreign television channels that focus on the animal kingdom.

“Oh yeah! I’ll watch antelope anytime. I’ll watch cheetah anytime, I’ll watch giraffes anytime because at least, they will tell me how to hunt,” he asserted, adding, “At least, I’ll learn how to get your goal, how to avoid being eaten. I’ll learn that from the antelope. At least, I’ll come back inspired and say nobody will eat me.”

He said the undue politicization of issues by the media is affecting the country and nobody seems to care.

“Are we serious? We eat and drink politics. Turn on the radio. Here there is no political vacation. From the time a vote is cast to the time the next vote is cast, we argue politics morning, afternoon, evening,” Pastor Otabil fired, adding, “Check all your radio talk shows, all the top talk shows. Take politics out; they have nothing to talk about again.”

He stressed, “I won’t even say take politics out. Take NPP and NDC out. Just say, this morning no NPP, no NDC. There’ll be no conversation because we can’t even think beyond two parties. We can’t think any ideas. We can’t think solutions and we are driving ourselves into this abyss of hopelessness.”

Pastor Otabil said, “I don’t listen to Ghanaian radio much. I will listen maybe for 15 minutes and then shut off because it is very depressing. It will contaminate your soul. I don’t watch Ghanaian television much. I watch a little, one, two, three, then I say ‘oh nothing has changed so go back!’”

He continued, “But you watch Ghanaian television and you wonder; are we still here? The mediocrity? The excellence we used to have is all gone down!”

Pastor Otabil maintained, “I don’t mind if Americans don’t talk about serious things. They have solved part of their problems. I don’t mind if Germans decide to joke with their destiny and the British decide to joke, but we have no choice. What kind of joke? It’s because we are in a mess!”