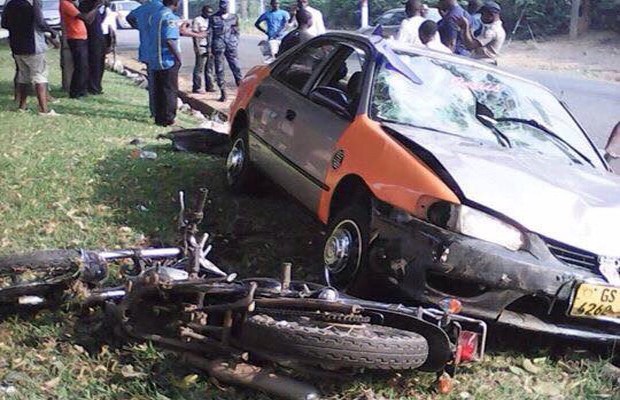 Three armed robbers are in the grips of the Osu police in the Greater Accra region after residents there effected a citizens arrest Thursday evening.

The armed robbers alleged snatched a bag belonging to a foreigner which contained an unspecified amount of money.

A taxi driver was alerted by an alarm raised by eyewitnesses while the suspects made their escape on a motorbike.

The driver rammed his vehicle into a motorbike which disoriented the suspects briefly. They took to their heels and residents took them on in a hot chase.

One of the suspects carried a cutlass but was cut down by the angry residents who arrested him and handed him over to the police.

Two others were later apprehended.

The arrests end a working week of rife robbery stories. Daring in their attempts, armed robbers stole an undisclosed amount of cash in a daylight operation Tuesday morning at the North Industrial Area.

Only 24 hours later, a Lebanese cashier was shot dead in his car as an armed gang trailed him after he had withdrawn 200,000 cedis to pay salaries.

A mother was fatally stabbed later in the evening at Obuasi in the Ashanti region.

The crimes have put the police under pressure to demonstrate to the public they are up to the task.