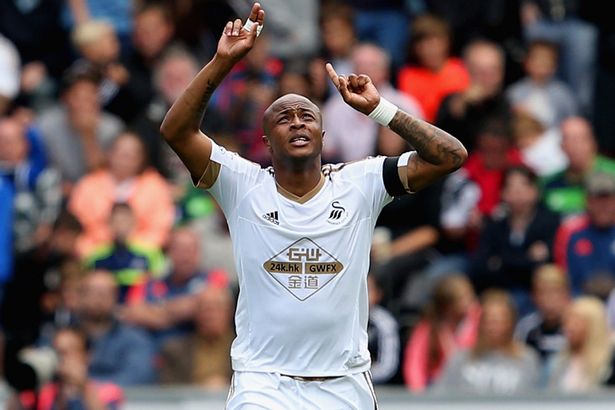 Ghana forward Andre Ayew made his second Swansea City debut in the Swans crucial 1-0 win over Burnley at the Liberty Stadium on Saturday afternoon.

Ayew, who rejoined Swansea from West Ham on transfer deadline day, replaced Martin Olsson in the second half.

Ayew’s introduction inspired a stirring performance from Swansea. His brother Jordan Ayew was denied by the visitors’ keeper Nick Pope but Ki Sung-yueng supplied the winning goal with a powerful low drive from the edge of the penalty area.

The victory moves Swansea up to 15th in the table – two points clear of the bottom three – and extends their unbeaten run to nine matches.

The Ghana international rejoined Swansea after struggling to make an impact at West Ham after joining for a record 20 million Euros last season.

Ebony knew she was going to die - Sister reveals