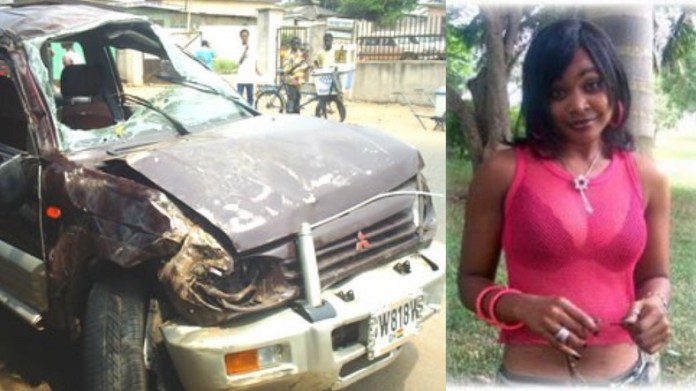 Ghana grappled with an unrivalled spate of cocaine-related stories, NetbuzzAfrica.com has stumbled upon yet another sizzling tale of how a popular actress, Suzzy Williams who died on September 8, 2005, in a car crash, on the Accra-La road, was rumoured to be living a fast-paced life of drugs and booze.

Mother of the late popular actress has for the first time in 14 years spoken to give clarity and a detailed account of how her daughter was murdered by a doctor after her boyfriend failed through a car accident.

According to Madam Cecelia Williams, a former ‘Nurse,’ Suzzy Williams didn’t die at the accident spot, she was still alive at the hospital and her pulses were okay when she checked until a doctor finally took her life because he thought she was a ‘Fante’ and not an ‘Ewe’.

Suzzy who sustained multiple injuries like lacerations, bruises and the cause of her immediate death, according to the pathologist at the time, was a massive hemorrhage or bleeding, which he added was an unnatural cause of death. It would be recalled that the media at the time reported that when Suzzy was thrown off the vehicle, her head hit the ground and she was rushed to the Lister Medical Centre, off the Spintex Road.

But her mother’s account states otherwise. She believes Suzzy was injured on purpose after the accident. 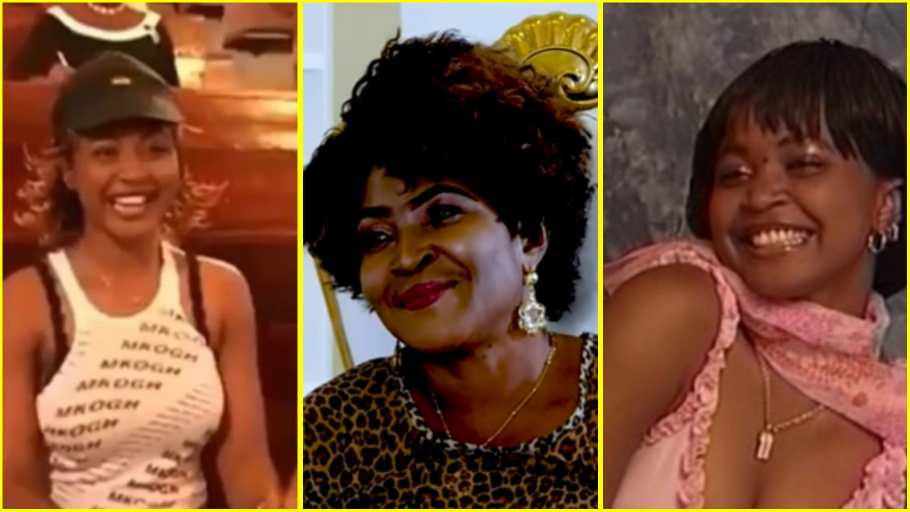 At the time of her death, speculations and all manner of conjectures about the actress’ drug life were peddled. A post-mortem report conducted on the late actress, by Dr. Lawrence Edusei, a Pathologist at Korle Bu Teaching Hospital, and corroborated by a Ghana Standards Board (GSB) forensic science report, dated October 10, 2005 also proved that Suzzy Williams was bathed in cocaine and alcohol at the time of the fatal motor accident that led to her death.

The post mortem report on Suzzy Williams also stated that she had traces of cocaine in her nose, and liver, and high levels of alcohol in her blood. All the above was to paint a picture of the late actress’ life as virtually a walking brewery but her mother reveals the alternate truth behind the death of Ghana’s one-time favourite actress Suzzy Williams. She gives account of how the cocaine ended up in her nose, the person who killed her and how Suzzy’s boyfriend walked out of jail a free man.

Her death shocked and numbed her numerous admirers across the nation. Suzzy was riding on her newly purchased Pajero Jr with registration No. GW 818 W driven at the time of the accident by her Liberia-born boyfriend Edwin Eastman.

Suzzy Lebene Williams in her school days at Meadow Preparatory & Junior Secondary School in Darkuman, Accra, was crowned “Miss Meadow 97”. She shot to fame with her cameo appearance in the TV3 soap series, “Bloody Mary”, “Things We Do For Love” and “Official Prostitute” until her death.

The deceased whose paternity has remained a contentious subject, was the eldest daughter of her mother and died at a time when her name had assumed a household phenomenon across the country. At the time of her death, the deceased had won a contract with a movie company in South Africa, after featuring in a Reggie Rockstone music clip, shown during a KORA awards function.

She died at age 23. Watch the video below of how Madam Cecelia Williams, mother of the late Suzzy Williams gives a detailed account of the people who murdered her daughter.