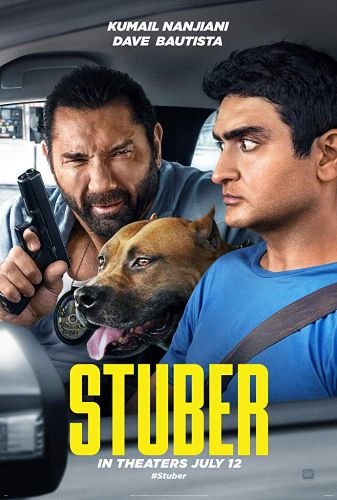 Stuber tries to celebrate the buddy action-comedy while also recognizing the flaws that the genre traditionally has. That’s a difficult needle to thread, and the movie doesn’t always succeed in its goals.

The buddy cop comedy is a tried and true formula that has delivered some great movies in the past. We’ve seen action-heavy odd couples, like the first couple Lethal Weapon movies, and more comedy focused pairings, like… the last couple Lethal Weapon movies. The newest buddy cop duo to try and join the elite fraternity brings the hulking Dave Bautista together with the significantly less hulking Kumail Najiani in Michael Dowse’s Stuber.

Vic (Dave Bautista) is a Los Angeles narcotics cop. He’s big and tough, but he also has a major impediment to his job: he’s basically blind. When an arrest goes wrong after Vic loses his glasses in a fight, he finds himself without a partner and with a score to settle against a dangerous drug dealer, Teijo (Iko Uwais). He decides to go the lasik surgery route to fix his eyes, but on the same day he does he also gets word of a major drug deal going down that might be his last chance to catch his archenemy. 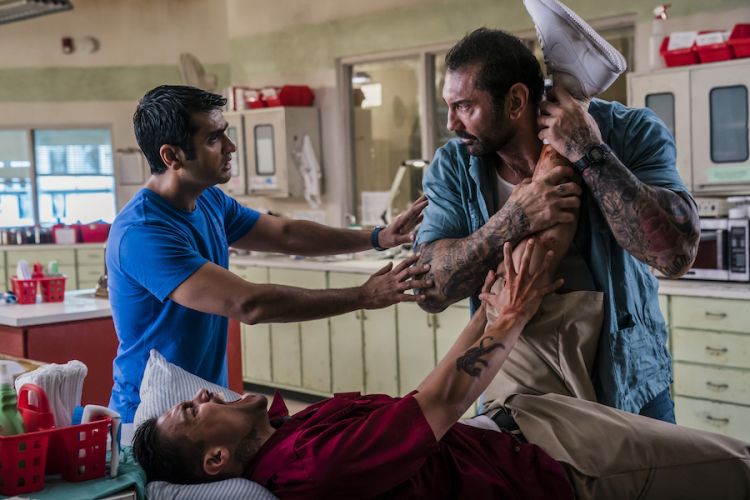 With no other option, Vic calls an Uber to be his wheels, and the hapless Stu (Kumail Nanjiani) answers the request. Stu finds himself drafted into the hunt for the bad guys, all in hopes of earning a coveted five star rating so that he doesn’t lose his second job. 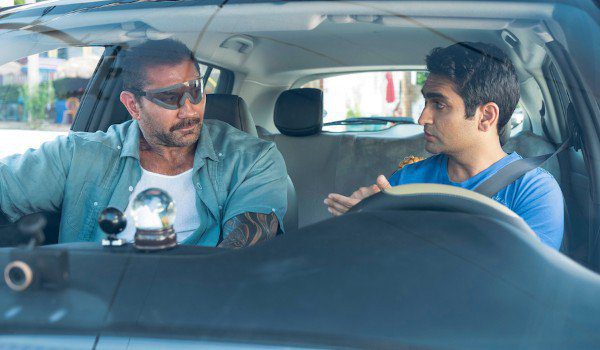 Because the premise is so silly, you might expect Stuber to be mostly comedy with a bit of token action thrown in to keep things interesting. Instead, Stuber weirdly feels much more like gritty cop drama, especially as it gets going.

When a mild-mannered Uber driver named Stu (Kumail Nanjiani) picks up a passenger (Dave Bautista) who turns out to be a cop hot on the trail of a brutal killer, he’s thrust into a harrowing ordeal where he desperately tries to hold onto his wits, his life and his five-star rating. Directed by Michael Dowse, this action-comedy from 20th Century Fox also stars Iko Uwais, Natalie Morales, Betty Gilpin, Jimmy Tatro, Mira Sorvino and Karen Gillan.