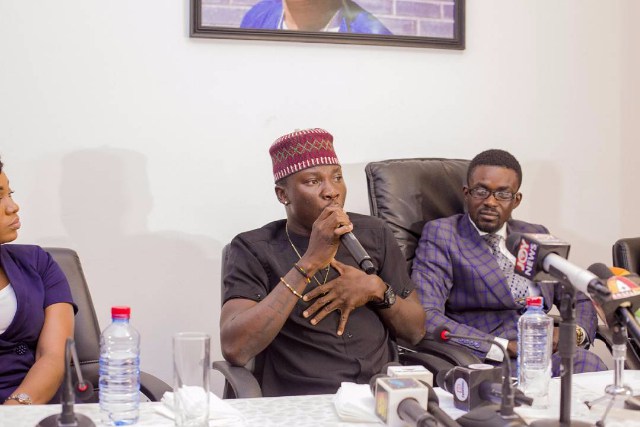 Stonebwoy to part ways with Zylofon Media?
Multiple award-winning Dancehall artist, Stonebwoy is reported to be parting ways with Nana Appiah’s Zylofon Music sooner than expected, a source has revealed.

According to the source who spoke on condition of anonymity, plans are far advanced for the BHIM Nation president and the giant record label to part ways.

“I don’t know details of their contract but definitely it gives room for one to withdraw at any time. Sometimes contracts are put aside for matters to be handled amicably” – the source said.

The source, however, refused to give details of what is causing the sudden end of a beautiful working relationship but the grand signing of Shatta Wale by the label could be one of the many factors despite Zylofon Media apologizing for the occurrence, Asembi reports.

“We apologize to fans of Stonebwoy for that. Nobody intends to give prominence to one over other artistes.” – Sammy Baah, spokesperson for Zylofon Media told Abusuah FM that all artist are their priority and not only Shatta Wale.

The BET award winner was signed in June 2017 at the plush premises of the media company at East Legon.

Explaining the purpose behind the signing of Stonebwoy, CEO of Zylofon Media Nana Appiah Mensah said the company was attracted to Stonebwoy’s musical talent and intellect. According to him Stonebwoy has great and unmatched music talent and is suitable for any platform in the world.

Bulldog is not my friend - Kwaw Kese