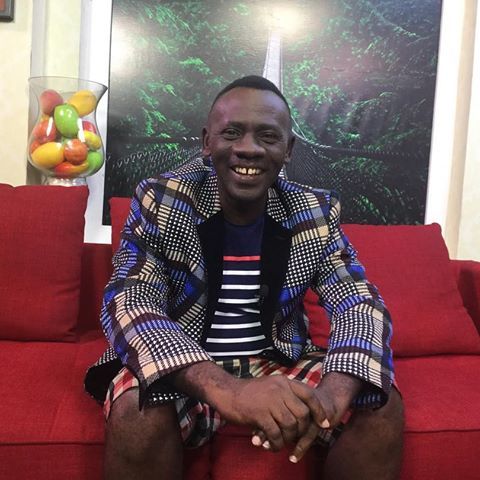 Comic Kumawood movie stars clashed in the studios of the United Television (UTV), an Accra-based television station located at Abeka Junction on 1st January 2018 for their special edition of their super morning show #AdekyeNsroma, hosted by Nana Ama McBrown with actor and musician Lil Wayne, Akrobeto, comedian Funny Face and renowned Kumasi based Pastor Prohphet Kumchacha a.k.a “English man” as her panelists.

Nana Ama strictly based the morning show on English Language rather than the tTwi dialect it is usually broadcasted in.

Recalling an earlier comment made by controversial church leader Kumchacha during a radio interview, actor Akrobeto chided the man of God for ridiculing him. “If u go to your interview, interview your part, and you say you are a good English than me. Even Lil Wayne, he graduate from day nursery. Even him, he speak good English than you.”

Prophet Kumchacha had earlier stated in an interview that he speaks better English than the Kumasi based actor.
To justify and clarify the fluent colleague in this English battle, Funny Face suggested the two recite the popular nursery rhyme, ‘Peter Piper picked a peck of peppers’.

The whole studio burst into a hysterical laughter as Prophet Kumchacha dropped the bombshell.