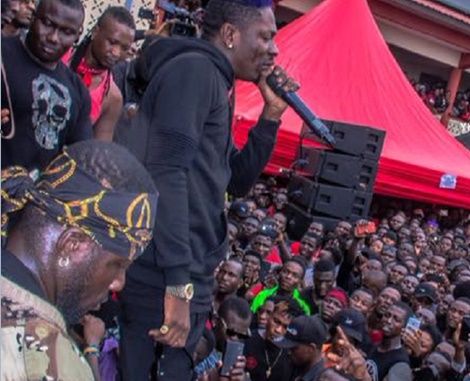 The day-long memorial service in celebration of the late Ebony’s one week saw celebrities from Ghana’s music industry extend their tributes to the family of the artiste amidst tears and tributes at the St Martin De Porres School at Dansoman in Accra last Sunday, February 18, 2018.
Controversial Dancehall artiste, Shatta Wale who broke down in tears at Ebony’a one-week memorial service nearly ended the one-week celebration with his gratuitous tribute when he mounted the stage.
Amidst tears, the Shatta Movement President asked God to strike people who he considers as hypocrites who condemned Ebony in her lifetime but had come to mourn her.
“We’re not here for the popularity or anything…” He began.
“Ghana, let me ask you one question; When you go support us?”
After a little rant on stage, Shatta Wale was heard saying “God if you dey here wey you dey watch the enemies, God I want make you strike.”
Interestingly, Shatta Wale was seen on top of his car on his way out making all hand gestures and showing his pleasure in celebrating the same ‘popularity’ he mounted the stage to preach about.
We’re yet to hear what he donated to his beloved Ebony’s family. Meanwhile, a few days after Ebony’s demise, a man of God, Prophet E.K Mensah of the Christ Vision Prayer Ministry, allegedly predicted that Shatta Wale would die by July 2018, if he failed to turn over a new leaf. This comment reportedly infuriated the dancehall musician, as well as his family and friend. His mother Elsie Evelyn Avemegah, reportedly threatened to sue all prophets who would declare that her son would die soon.
Ebony’s one-week celebration which came off at the St Martin de Porres School attracted several dignitaries including ministers, actors, and musicians.
–

Ebony to be buried March 17 - Photos 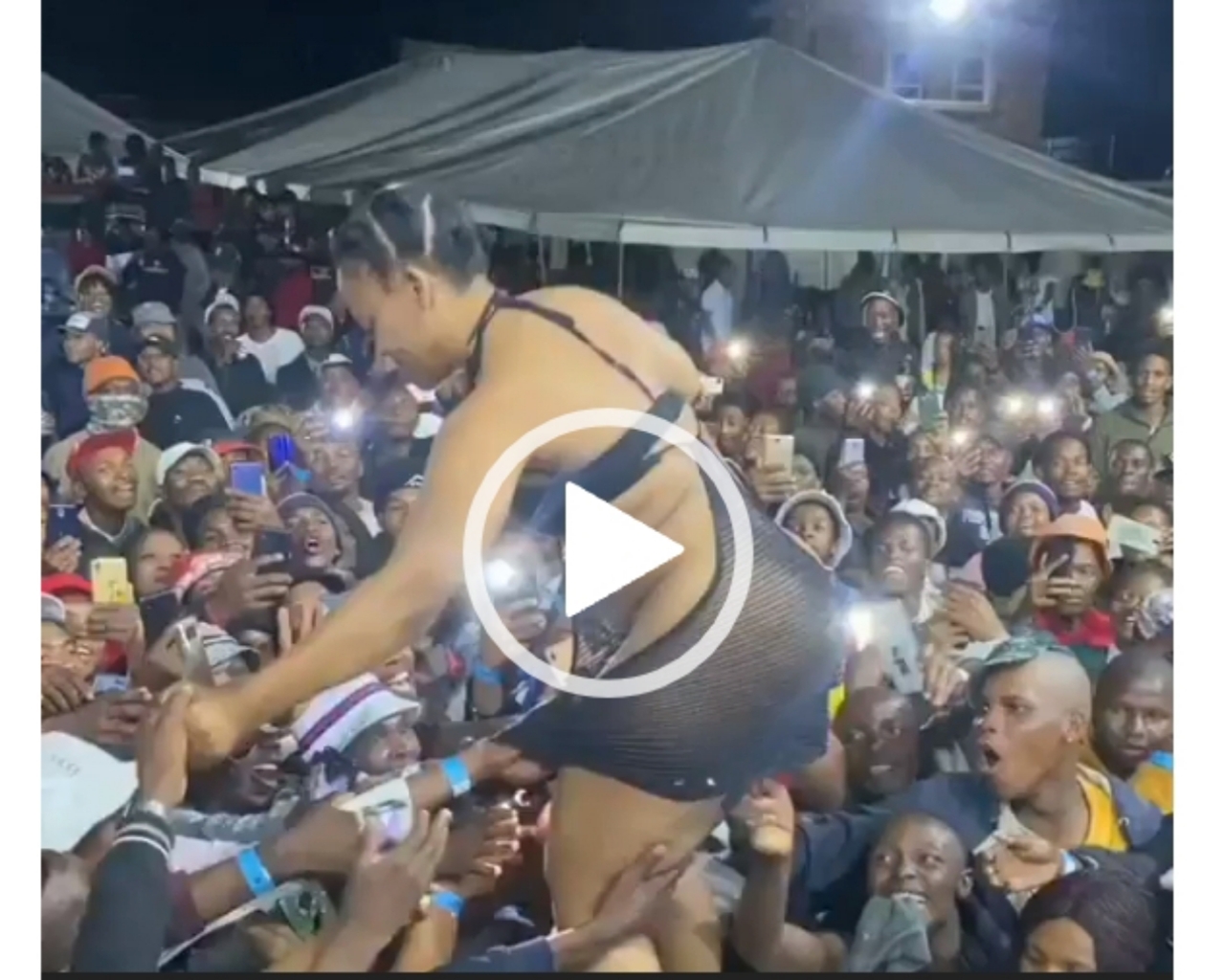