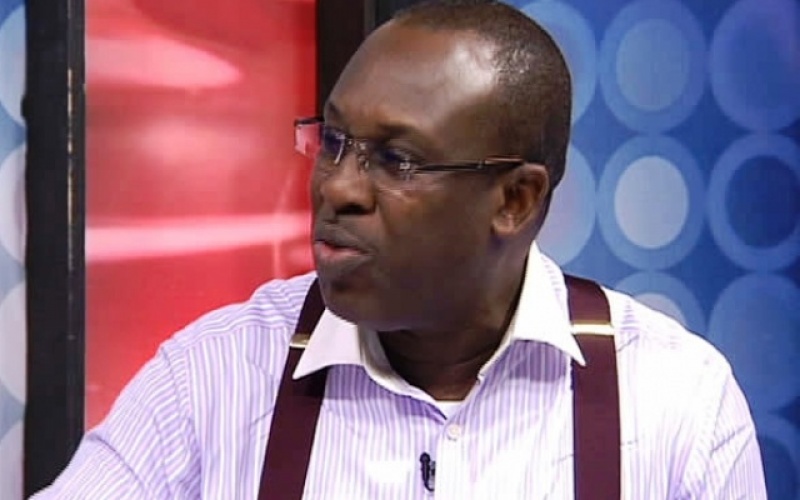 Legal Practitioner, Kofi Bentil has said that state broadcaster; Ghana Broadcasting Corporation (GBC) ought to be sold to investors so as to alter the current dysfunctional system and to create a better management system.

GBC has made the headlines in recent times following the decision of its Director General, Dr. Kwame Akuffo Anoff-Ntow to single-handedly request the setting up of courts to prosecute defaulters of the TV license fees. The decision was met with stiff opposition and massive criticism as many described the act as reckless.

After weeks of controversy over the issue, the governing board of GBC asked Dr. Annof-Ntow to proceed on an indefinite leave over his irresponsible actions. This directive was resisted by Dr. Annof-Ntow who argues that he is only obliged to act on the Board’s directive after an express directive from the NMC has been given.

Touching on the issue on JoyNews’ newsfile program Saturday January 20, Mr. Bentil maintained that the very foundation on which the GBC was established was defective and out of order, leaving room several dents in management style and functioning.

According to him, The National Media Commission (NMC) which has the legal mandate to oversee the affairs of the state broadcaster lost its power over it when it set up a board of Directors to perform that role. It therefore has no direct control over its functions without the consultation of the board.

“GBC is dysfunctional because it is erected on a faulty paradigm. A paradigm made up of state funding, supposedly independent control of a commission itself is a fallacy because you have state funding and that independent commission set up a board which effectively it has vested all its powers in and should not therefore come and interfere, then you have a management that feels unhindered and you can see that in their actions; they don’t feel answerable to the people of Ghana, they are not answerable to the government because of the National Media Commission, they don’t answer to the Media commission because they have a board and the board itself clearly is powerless”, he stated.

The board set up by the NMC he continued, is equally powerless because as evident, they have no power of their own to headline issues of administration and employment as far as leadership of the company is concerned.

With so many conventionalities, Mr. Bentil believes the state broadcaster ought to be dissolved and a new system set up to ensure efficiency.
“I feel GBC has lost its way, we have a management which is unhindered….the board really doesn’t have any power, because when the board has power, it means it has the power to hire and fire the chief executive. My solution for everything going on in GBC, if we have the National Media Commission with legal independence to run this, vest 100% of the property of GBC in National Media Commission with a caveat, they should sell 60% of that on the stock exchange.”

“People should buy that thing and install a proper board that now can hire the CEO, fire the CEO and control the CEO. Media Commission can also be there. GBC has the best facilities in terms of broadcasting in this country; I doubt if GBC people themselves watch GBC….I have a personal attachment to GBC, I want it to rise up and do great things, it will not happen if we have this dysfunctional system…..We should sell GBC, 60% of the profit you put on the stock exchange and lets move from there.”

He however believes that the directive of indefinite leave given to the Director-General, Dr. Annof-Ntow is in the right direction.