“Roger Barnor was right to stop Tagoe vs Saucedo bout”-... 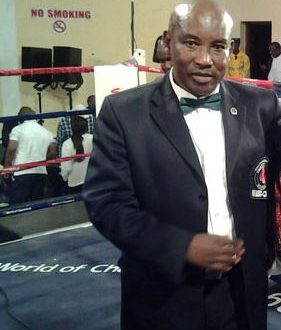 International Boxing Organisation supervisor, Andile Matika, has endorsed the decision of referee Roger Barnor to stop the bout between Emmanuel “Game Boy” Tagoe and Fernando Saucedo in the 10th round and award Tagoe a technical knockout victory.

The decision did not sit well with the camp of Saucedo who felt that their boxer was being fought unfairly by Tagoe.

Saucedo himself was seen to complain several times to referee Barnor about being hit in the back of the head which was against the rules stated by their sanctioning body before the bout.

However, Matika said to Citi Sports in an exclusive interview that Saucedo himself had not respected many of the rules and Barnor had the right to end the bout.

“In fact, the referee was spot on. He was right in taking that decision. Boxing is fought with rules and regulations but Saucedo had gone against many of the rules.

The referee was fair and he could have stopped the bout even earlier.”

Matika went on to say that Saucedo’s camp did not reach out to him and the IBO to challenge the decision because they knew that referee Barnot was without fault on the night.