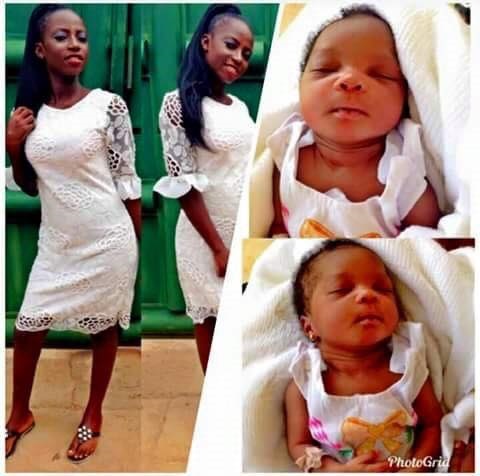 Rashida Black Beauty has been spotted in a white dress without her protruding belly and had a baby’s photo in collage by her photo.

The baby, according to reports confirms that one-time social media star has given birth.

Although the reports do not state exactly when she gave birth, sources say it’s been a few days over a week since she gave birth.

Rashida Black Beauty rose to social media fame, when a video of her attacking her then ex-boyfriend, Kushmai went viral on the internet.

After that video going viral, she got an opportunity to win a Jigwe Award, got featured in a tv series.

Some months after that incidence, there was a report that she was pregnant and she even came out begging the public to support her rent a single room and to take care of herself, and even that she received lots of backlash from the public.

I don't believe in heaven or hell – Deborah Vanessa

Photos: All the moments you missed at VGMA 2019