The mixtape series which has had 4 records released already will see BVR marked as the 5th. Iit’s release has received a favourable feedback from fans and many music lovers.

Few hours after releasing the mixtape, E.L has found himself at the top of the Ghana iTunes chart. The mixtape which dropped Sunday globally on October 28, 2018, quickly rose to no.1 with Jacqueline du Pré’s ”Dvorak: Cello Concerto in B Minor” and J. Cole’s ”KOD” at no.2 and no.3 respectively. 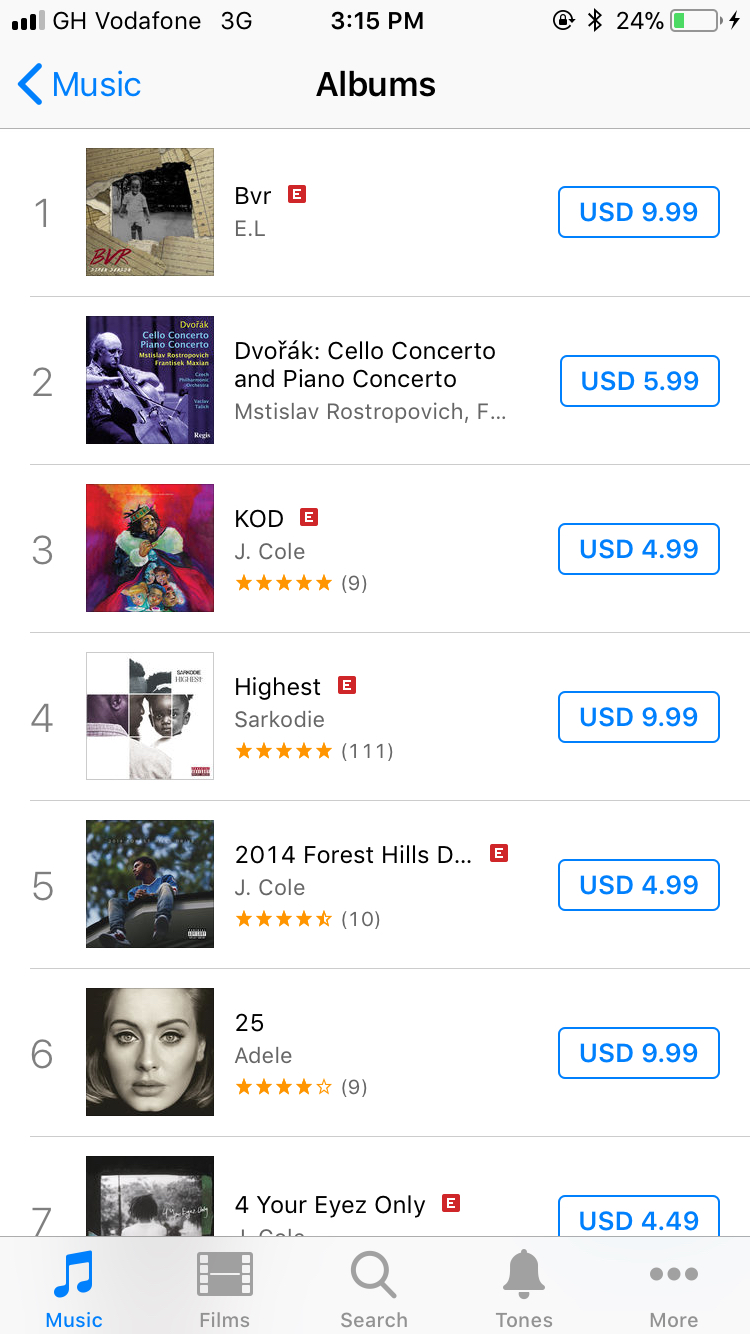 The ”BVR” mixtape by E.L is released under the rapper’s imprint V.O. Nation Records and is available on all digital stores worldwide including iTunes, Apple Music, Spotify, Aftown and SoundCloud. Stream the songs below.