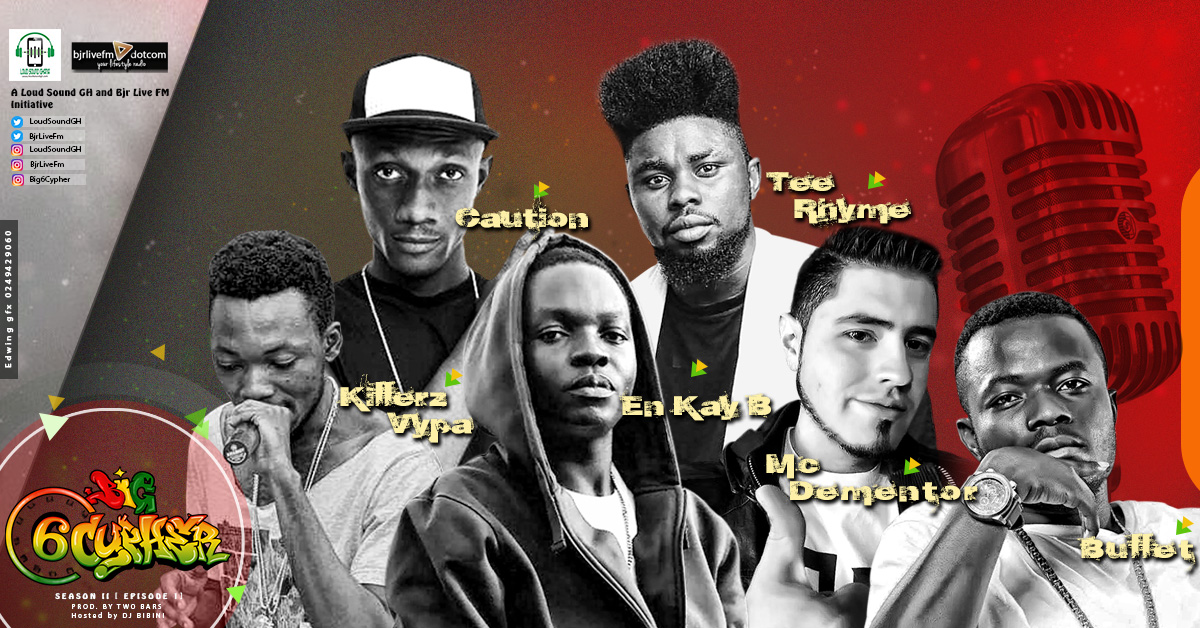 It feels completely bizarre to say that the biggest rapper of all time is yet to be unveiled today and now  at the release of the most anticipated lyrical music cypher ever — the Big 6 Cypher, being the second coming  in season two.

But the biggest rapper of all time wouldn’t be ordinary in the slightest, and this one’s a friend of sorely missed participation of mainstream music and married to the underground and indie scene, probably the most fervently beloved fast rising hip hop artist in Ghana.

The Big 6 Cypher series, amazingly enough, is an entire episode that zeroes in on that incredible theme, the link between talent and hype.

Related Articles
To be clear, Episode 2 on season 2 examines wealth under every lens on the hip-hop architect Two Bars’ produced record. Critics say “The record longs for the gentrified property that got away in the Enkay B’s third verse on episode 2, posthumous exploitation of Killerz Vypa’s raw state gets theirs on verse 5 , and the rest posthumous funds is self-explanatory legacy of Bullet’s first verse, Caution attack in two and Tee Rhyme’s beef and Dementor’s Spanish in fourth and sixth verse respectively.
It’s only fitting that these fast rising multi-generational hip-hop acts have lived up-to-standard. They’re often built on skeletons of expensive soul samples and missing punchlines but this Episode is just what you need to rethink hip-hop in Ghana. The Big 6 Cypher – S2 Episode 2 is hosted by DJ Bibini of Melody FM.

Photos of metals removed from Guru’s throat after food poisoning