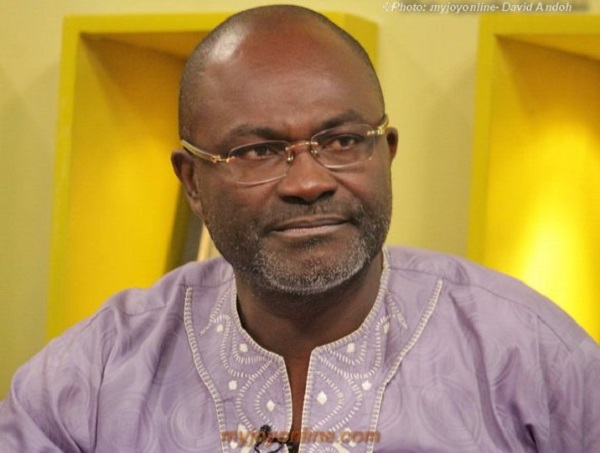 Assin Central lawmaker, Kennedy Agyapong has revealed that but for the timely intervention of an informant, he would have been killed by hired assassins just like former Member of Parliament (MP) for Abuakwa North, J.B Danquah Adu.

“My informant is my saviour and I hold him in high esteem because he saved my life. The same style they used in killing J.B that was what they intended to use in finishing me”, he revealed on Oman Fm’s Boiling Point.

According to him, the intervention of Mohammed Alhassan then Inspector General of Police helped matters as released convicts were hired by some politicians to kill him for reasons to date he is yet to be told.

The maverick politician promised to reward the informant who leaked the information leading to police engaging in a shootout with the suspects at an undisclosed location where three of them died as a result.

“They deceived them I live at Cantonments and dressed like a Muslim because I seldom dress that way. They stormed the house, put off the lights and started shooting but the police returned fire and killed three of them. I am told the house belonged to a former IGP”, he revealed.

He revealed that the then National Democratic Congress (NDC) suppressed the matter that is how come it was not made public revealing that three members of the gang rushed to his hometown to kill him and were arrested by the police.

Mr Agyapong said there were efforts by some faceless individuals to frustrate the prosecution until the NDC left power promising to spill the beans in the whole issues.

“When I looked at the guy..he appeared to me like someone who was in a gutter and had been picked and bathed and this is the guy who was to kill me. I couldn’t control my emotions…It was like I should pass behind the judge and go and hold his head and twist it and kill him there,” he fumed.