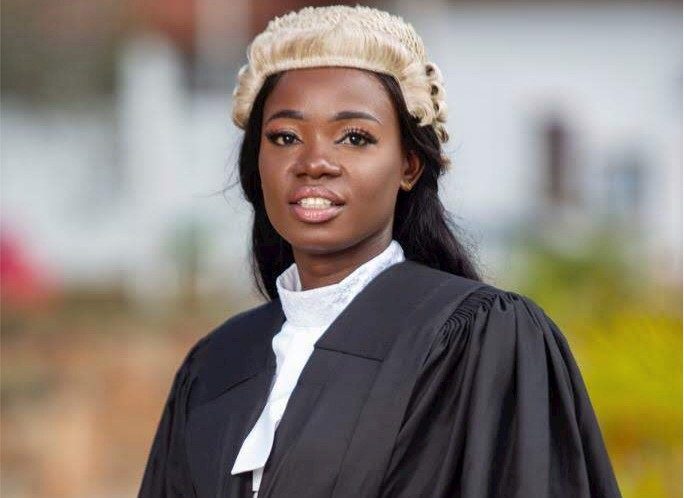 West Africa has proven to be a leader is sprouting the brightest talents from Africa and Ghana, in recent times, has capped the efforts by enlisting several women in male dominated fields. The story of a Ghanaian Legal and Health practitioner adds to the list and the country’s social media users are elated to share.

Sunday, May 10, was a huge day to celebrate mothers, women in general but a woman who works as a lawyer and also a nurse at one of the country’s top health facilities has been fingered, hence giving the needed recognition.

Elizabeth Owusua is a young lady who attended Mfantsiman Girls Secondary School with dreams becoming a lawyer and a nurse.

“As a child I always wanted to be a nurse, lawyer and a fashion designer all at the same time with no idea how they were going to happen because of my background,” Elizabeth Owusua is quoted by a social media user.

Elizabeth Owusua attained a Diploma in Nursing in 2008 at the Nursing and Midwifery Training College, Korle bu and started working as a nurse in 2010 after national service.

In 2013, graduated from Central University College with a Bsc Degree in Nursing. 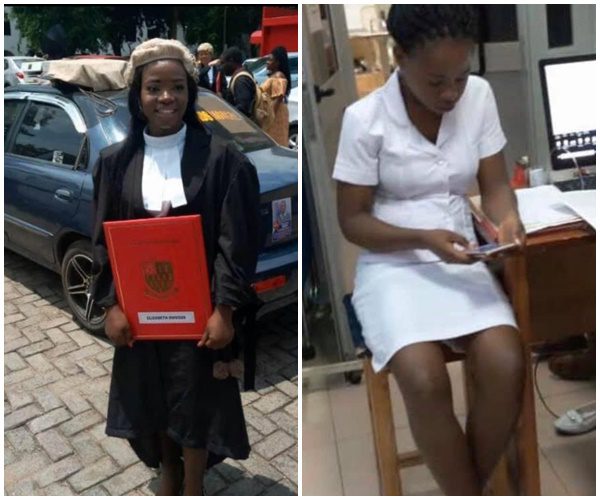 According to Owusua in 2014 she applied to a public tertiary institution and got admitted to study law which she did along with work mostly night shifts and gained admission into Ghana Law school in 2017.

Graduating from Ghana Institute of Management and Public Administration (GIMPA), she was finally was called to the Ghana Bar in October 2019 as has since been working at Lartey, Badombie & co.

Her nursing duties at Cocoa Clinic also begun in 2012.