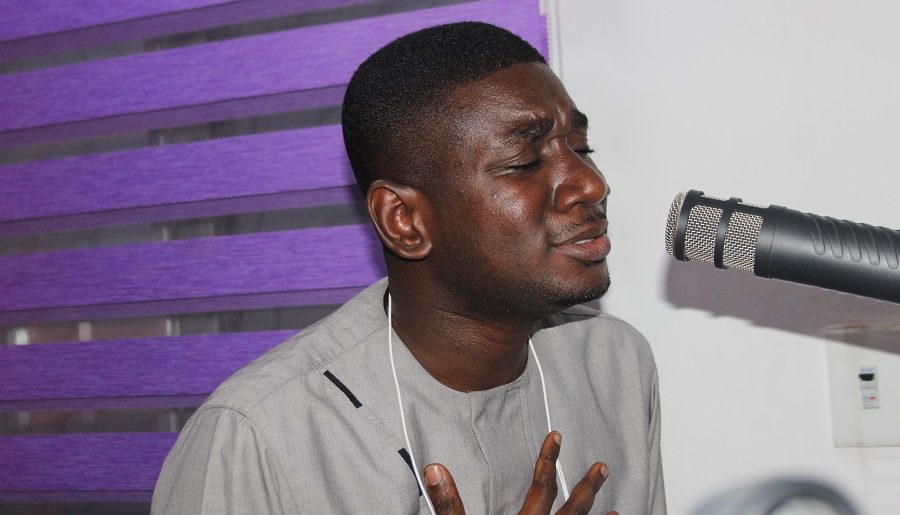 A radio presenter in the UK, Obudo, has made serious allegations against Ghanaian gospel singer Nobel Nketsia in an audio that is making rounds on the internet.

Obudo who works with Big Radio Ghana in the UK has accused Nobel Nketia of being promiscuous.

According to him, the ‘Awawasem’ singer is also an opportunist and womanizer.

Noble Nketia, one of the top gospel musicians in Ghana seems to be playing smart on rich women, the presenter said. Obudo further added that Noble Nketia is no different from Oware Junior, Brother Sammy, and Ernest Opoku, whose aim is to get closer to rich women to squeeze fortunes out of them, while under the guide of gospel musicians.

Noble Nketia has since neglected his wife whom he married in France because of his promiscuous lifestyle. He abandoned the marriage and a 12-year-old son.

Obudo who was invited to Noble Nketia’s wedding in France noted that the gospel music after gotten what he wanted cut-communication with his wife, son and family abroad.

“Noble got married to this lady who happens to be a rich Pastor’s daughter, he has since never come back to visit them because he got what he wanted,” Presenter Obudo alleged.