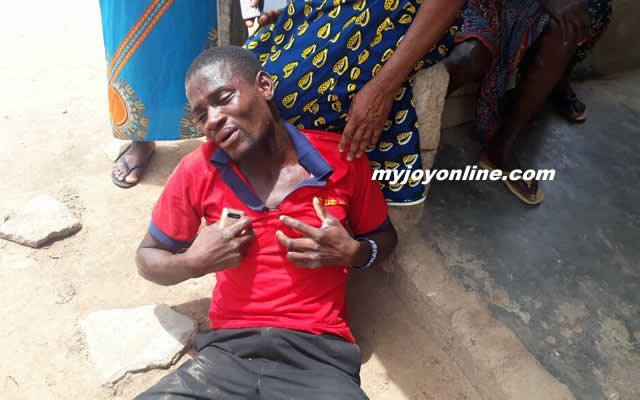 Gripped by fear of further fatalities, residents at Akakpokope in the Volta Region have stopped cooking following the death of six people, after they ate local delicacy ‘Akple’ last week Thursday.

Joy News’ Maxwell Agbagba reported that there has been no cooking in at least 50 homes the News team visited in the village in the South Tongu District of the region.

They found the community wailing and mourning.

Two families have lost three members over the suspected contamination in the corn flour used to prepare ‘Akple’.

Both husbands have lost their wives and two children. One husband, Mawunyo Tey, was inconsolable when Joy News team visited his family.

He said he lives at Akosombo and was proceeding to the Brong Ahafo region when he was informed of the tragedy.

His wife bought the corn flour from a corn mill operator whose family also used it to prepare an evening meal.

But his wife and their two children were hospitalised last Friday dawn and passed the following day.

The other husband who is the corn mill operator is in critical condition. His wife and two children are also dead.