Award-winning actress and producer, Nadia Buari will be premiering her latest movie, Deranged at the Silverbird Cinemas ( Accra and West Hills Mall) on Saturday October 28. 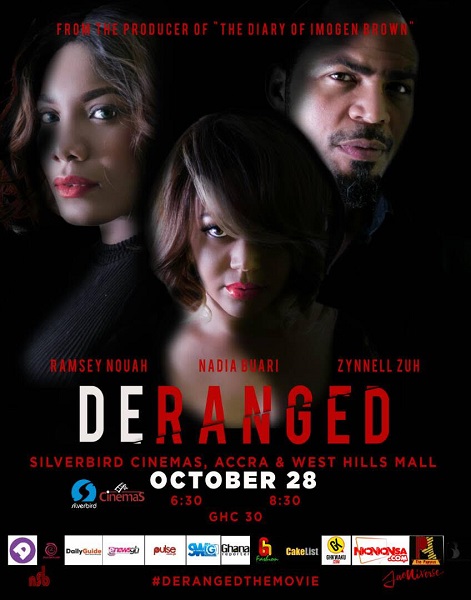 The psychological thriller is Nadia’s second production since she begun producing movies.

It is a captivating tale of a young girl who falls for her teacher and it is the motion picture to watch out for in the month of October 2017. Deranged promises a lot of entertainment and also moral lessons to learn from as it silently create awareness for the need to pay attention to persons with mental ailment.

Produced by John N. Okwugo and directed by Jameel Buari, Nadia is the executive producer.

The grand premiere will have some of the biggest names in African entertainment industry come walk the red carpet in Accra on October 28 2017.