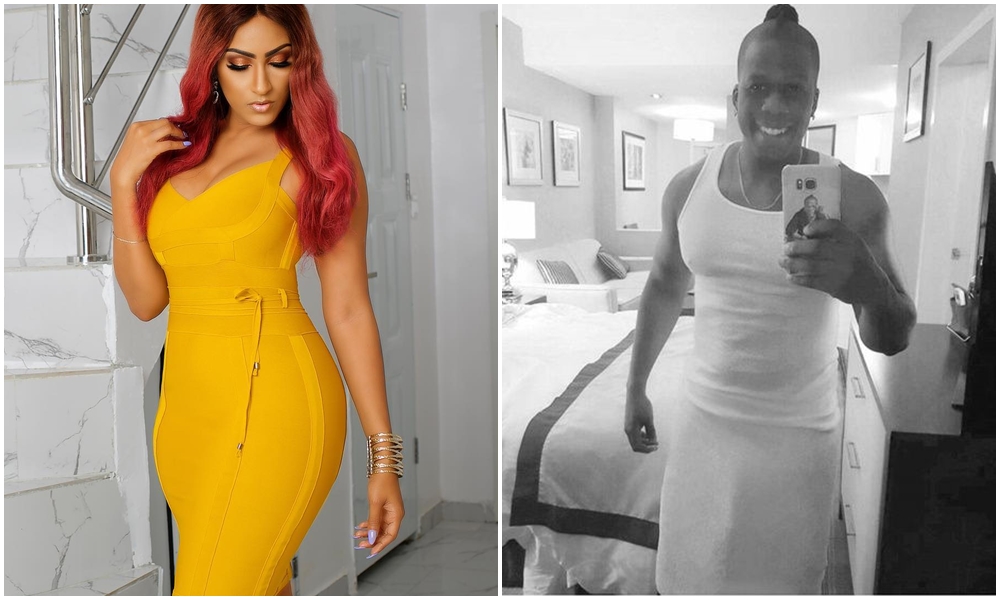 Ghanaian actress Juliet Ibrahim has reacted to the trending viral photo of her rumoured ex-boyfriend, Iceberg whose’ manhood appeared overly big and long in a latest photo he posted on Social media.

Juliet Ibrahim and Iceberg Slim, although there’s no formal confirmation from the couple concerning the status of their relationship , many observers have concluded that truly, their love story has ended.

In a recent photo posted by Iceberg on the internet, his “anaconda” d*ck drew a scary shape in a white towel wrapped around his waist and some fans can’t get over it.

Some fans although congratulated the actress for being such a heroine to accommodate such a lengthy ‘snake’, while others have also concluded that Juliet Ibrahim’s alleged painful breakup with Iceberg Slim maybe as a result of her inability to take his over-sized manhood.

In a response to the trolls on social media, Juliet Ibrahim has sent a cryptic messages, a subtly  reaction through a new video posted on her Instagram adding that she’s speechless and silent because of stupid people.

“My silence doesn’t mean I agree with you, it means your level of stupidity rendered me speechless”