Mona Lisa ‘ML’ Brookshire nee Blay Miezah daughter of late John Ackah Blay-Miezah whom some have described as the greatest African Con man has said it will be grossly disrespectful for anyone to compare the embattled CEO of Menzgold Nana Appiah Mensah to her late father.

According to the US based Brands Specialist, whereas Nana Appiah Mensah may have stolen from poor and ordinary Ghanaians to become rich, her late father only stole from rich white people.

John Ackah Blay-Miezah has been described as one of Ghana’s most popular exports of all time and a man who proved to the world that the blackman wasn’t a human monkey but a human with brains and indeed, enough of it to outwit the supposedly superior white counterpart.

Blay-Miezah who operated in US and Europe at some point in time, claimed he was the sole beneficiary of gold reserve amounting to billions of dollars Nkrumah stored in banks in Switzerland and Liechtenstein in an account named: Oman Ghana Trust Fund.

His evidence to this fund was an account number and a manufactured document purportedly from Union Bank of Switzerland. To access this money, estimated to be over 40 billion, Blay-Miezah needed a specially serialized diplomatic passport which would come at a huge cost and money to pay off some chiefs in Ghana who held various interests in the money, Gold in this case.

In an article online about this shrewd businessman, the writer described him as the Grandfather of Ghana’s current most wanted man Nana Appiah Mensah, aka NAM 1 and the godfather of all conmen of African descents.

But his daughter, Mona Lisa ‘ML’ Brookshire nee Blay Miezah in an interview with host Kwaku Owusu Agyei on Anopa Kasapa on Kasapa FM, stated that NAM 1 comes no where near her father when it comes to smartness.

“I cannot compare NAM 1’s behaviour to that of my dad, he’s not a strategist, for him he’s done only one time ‘fraud’, that doesn’t make him a confident man. He didn’t use my father’s own strategy like I’m going to build myself up to go get money, these are innocent people who have less than you do. My father took from those who had more than him or he stole or swindled from people who had more to give. Whether is crippling their industry, crippling their businesses or making them destitute, here’s a case where some people will not ever be able to succeed in life again by virtue of investing in Menzgold.” 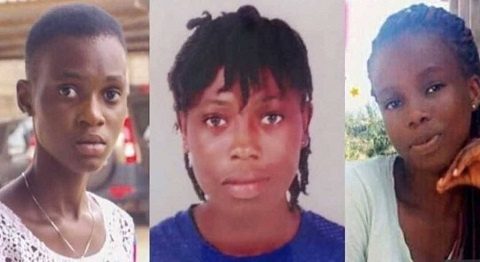