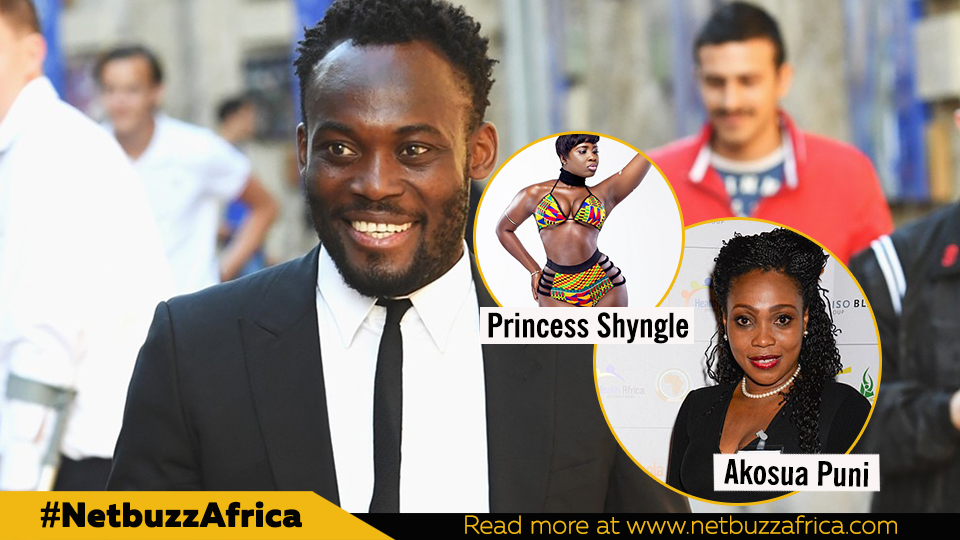 This year, there have been more ladies doing damages than good in the Ghanaian entertainment industry with the latest flame burning Michael Essien as the divorce rumours hit home.

Football icon Michael Essien and wife, Akosua Puni, are the next big marital issues to be solved in the country. Reports has revealed that Mrs Essien, better known as Akusua Puni has packed out of the former Chelsea star’s home in London after carefully reviewing an interview Princess Shyngle granted with Deloris Frimpong Manso on the Delay Show some weeks back.

Akosua is angry with Essien because he had an affair with Princess Shyngle. This is leading to divorce as Mrs Puni is reportedly bent of ending her marriage with the former Ghana international, Michael Essien.

She added that Mr Essien at that time was single when she they both hanged out at the Checkers Pub in Accra where the ‘couple’ shared kisses in public to confirm their relationship.

Essien’s marriage to Akosua, is about five years old and this divorce is the second to hit us this month after Black Star’s captain Asamoah Gyan, who recently filed a suit at a high court in Accra, seeking to leave his marriage of five years with Gify Gyan.

This is a developing story, more to come.