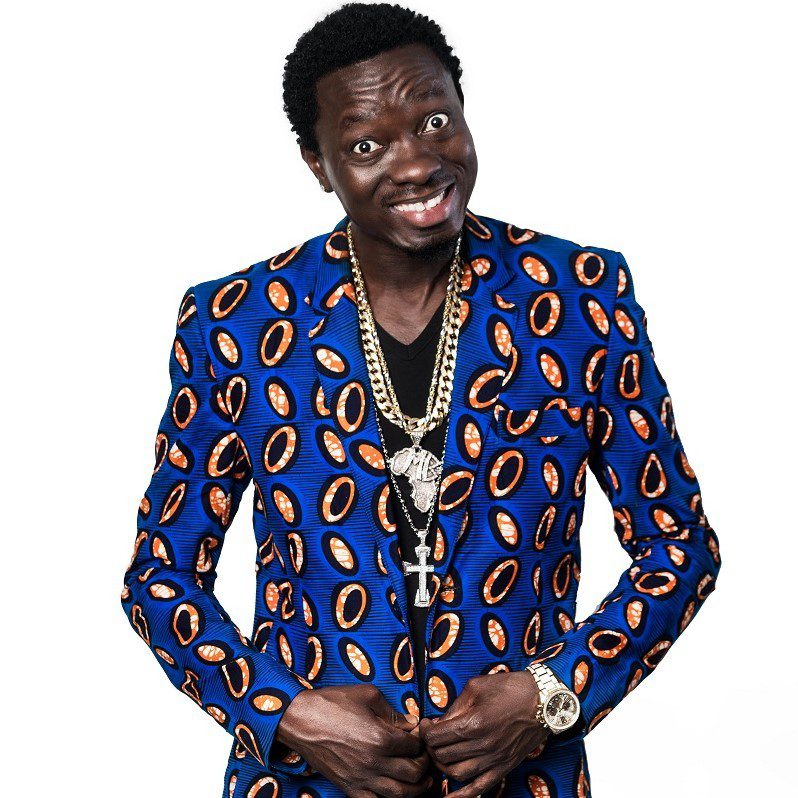 Ghana has designated 2019 as the Year of Return to commemorate 400 years since the first enslaved Africans arrived in Jamestown, Virginia in the United States. The government has been running a massive marketing campaign targeting African Americans and the diaspora, and various events have been arranged.

This December, a lot of Hollywood and African stars have traveled from far and near to help make climax the celebrations through the over 50 events and festivals ongoing.

Since multiple award winner singer Akon arrived in Ghana, he has made several waves and one comment which got many talking was when he tipped Africa’s best rapper Sarkodie as the only musician to have ‘made” it out of the West African country.

His comments although many have said it came at a late hour, many have also saved  the moment by appreciating him as one of the finest to put Africa on the map.

Reacting to his arrival in Ghana, another Ghana born-American actor and stand-up comedian Michael Blackson who is widely known as “The Africa King of Comedy” inquired if the Akon will spend more days in the New Year in Accra.

Michael Blackson is set to arrive in Ghana on the 2nd of January but unfortunately he will not meet Akon who will be in Ethiopia on the same date.

Michael and Akon after the release of the Akonda album played a skit on one of the songs off the album titled “Wakanda”. You should take a look at Akon – Low key here.

Michael Blackson is an American actor and stand-up comedian who is known as ‘The African King of Comedy.’ Michael was born in Ghana. He moved to the US in 1987 as a teenager, to live the big American dream.

In 1992, he had his first stint with comedy gigs when he began performing at local Philadelphia clubs. With time, he participated in well-known competitions, such as the ‘1993 Schlitz Malt Liquor Comedy Tour’ in Valley Forge, Pennsylvania, and the ‘1996 Urban Comedy Festival’ in New York City. During the 2000s, he participated in famous comedy competitions such as the ‘Laffapolooza Comedy Festival’ in Atlanta and the ‘Bay Area Black Comedy Competition’ in Oakland.

He considers comedians Eddie Murphy, Chris Rock, and Bernie Mac to be the biggest influences on his choice of career. As an actor, Michael is best known for his praiseworthy performance in the 2011 comedy film ‘Next Friday,’ produced by Ice Cube’s production house. He has also appeared on a number of TV shows, such as ‘30 Rock.’

VGMA board members are “idiots” – Jupitar