When Jude Abaga hit the scene with his Crowd Mentality single in 2006, Nigerian hip-hop heads welcomed the freshness of his idea, the audacity of his witty lyrics tightly packed in bars and a healthy dose of social commentary.And when his debut LP, Talk About It, hit the shelf on December 11, 2008, there was an acknowledgement that the hip-hop torch held by the kings such as Modenine and Ruggedman could be passed onto the “Short Black Boy from Jos”.

That acknowledgement manifested in him winning the Best Hip Hop and Best New Act at the 2009 MTV Africa Music Awards and being nominated the following year in the Best International Act category at the 2010 BET Awards.

Despite these early successes, MI confesses to constantly battling a fear of failure. That battle has, however, shaped the way he makes music.

From J-Town to Choc City
When his tumultuous academic sojourn at the Calvin College, Michigan in the United States came to an abrupt end owing to financial difficulties, MI chose music as his fallback plan. Although his parents didn’t agree with that, they had an implicit trust in him to be responsible for his choice and make a success out of it.

“My parents are hardworking people. If there is only one thing they gave me, it was integrity. They were not about money.

That resignation may have been quickened by a background steeped in music and his mother’s love for it. His father, a clergyman, didn’t have a single music bone in his body, but his mother, he says, is a talented singer. That talent saw her release an album, produced by MI himself, which was circulated mostly among his father’s church members. She was also featured on one of his early recordings.

With access to a church choir and instruments, MI and his brother, Jesse Jagz experimented with music early. Soon enough, they formed Rytchus Era Productions, a musical production company, and teamed up with Ice Prince, Ruby Gyang and a few others to birth Loopy Records.

His stock got bigger when he was signed in 2006 to Chocolate City Records, founded by entertainment lawyer Audu Maikori and Paul Okeugo. 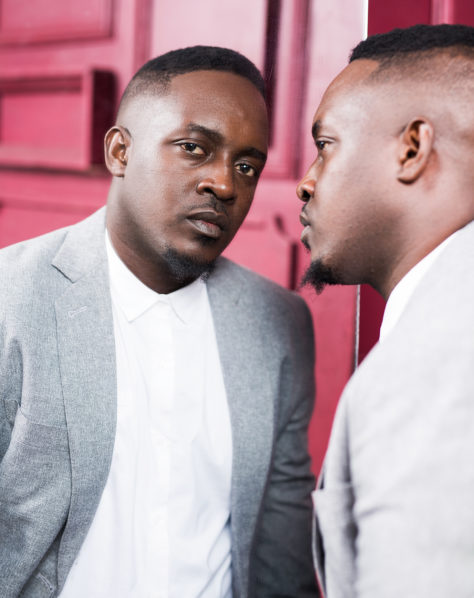 MI insists he most likely would have been whom he is even if he did not sign with Chocolate City. With incredible wordplay and production skills, there is little doubt he would have been a success without his benefactor. But a grateful MI, however, acknowledges the huge impact Maikori has had on his career.

That huge impact has manifested in him being gradually eased into seeing to the business side of Chocolate City.

Five years after he was signed, he was appointed to the board of the record label. Four years later, on June 30, 2015, he became the chief executive officer of the label after Maikori resigned to assume the position of the president of Chocolate City Group, which was formed earlier that year.

Another Action Film with Brymo?
MI’s sophomore album, MI 2: The Movie, features one of his most successful singles, ‘Action Film’, which has former label mate Brymo on the hook.

Brymo left Chocolate City in 2013 after the release of his critically-acclaimed debut album, Son of a Carpenter. He claimed that the label did not promote the album properly and that he had employed and paid his own manager, which should have been done by the label.

But in spite of the ugly scenario surrounding his departure from Choc City, MI still speaks highly of his former label mate.

He expresses a similar sentiment on ‘Brother’, which was released a year after Brymo’s acrimonious departure.

MI compares his “brother from another mother” to the legendary Kutis, who are known for their activism. In fact, MI is still opened to jumping on a record with him again.

There is a condition to that, however.

Doing a song together depends on the outcomes of some important conversations they must have had.

“I don’t think doing a song will be the first conversation we will have,” MI says. “When he was leaving, there were things he said about Audu. So I wanted to be clear what side I’m on.”

Like MI, Brymo himself has not foreclosed the possibility of the two creating another hit song. When asked by a fan on Twitter in July 2017 if it is possible for him to do another song with MI, he replied, “It is possible.”

Facts only, no loose talks 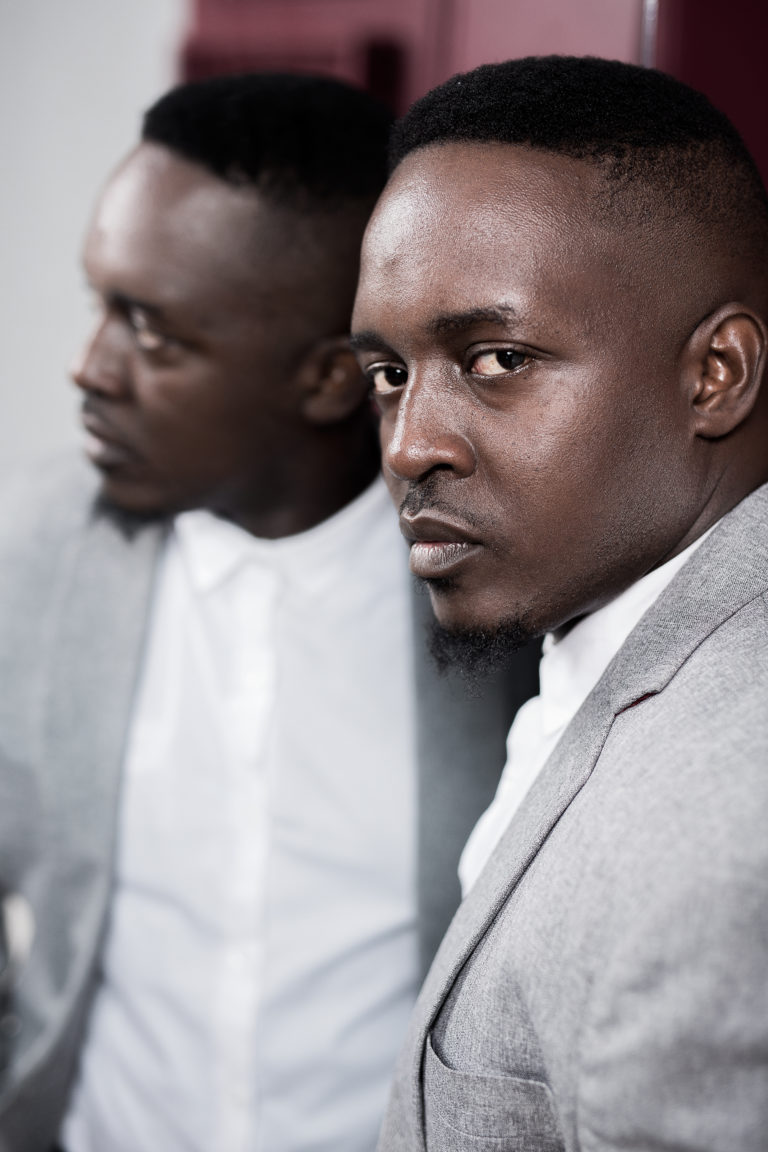 In September 2017, MI was involved in a major tiff with Osagie Alonge, the editor-in-chief of Pulse, on his Loose Talk podcast.

The rapper was on the podcast to correct an impression created about his The Chairman album. Alonge had said the album is the “weakest” ever done by the rapper and that accounted for its poor shelf life. That weakness, according to Alonge, rests on the fact that MI’s lyrics on the album “are very poor”.

“The album, Chairman, is your weakest, MI. Although the quality of the production and the collaborative process are 100 percent okay, the lyrics are very poor,” Alonge says. “All the yes-men around you won’t tell you the truth about it. The album wasn’t even generally accepted by the public.”

MI insists he has no qualms being criticised by anyone. But a critique, even if it bodes negatively for him, he says, must be factual and done without bitterness.

His problem with Alonge’s criticism was that he ‘misrepresented facts’. He says the album is his most creative and best-performing project, followed by Rendezvous, a playlist he released earlier in the year.

“My challenge with the Pulse team was that, as journalists, they cannot afford to not tell the truth,” he says.

“You can say you don’t like the album. But you can’t say that it has a poor shelf life because that’s factually incorrect.”

A check on the iTunes album chart showed that the album, released for years ago, sat in the sixth position on the chart as at August 24.

To his credit, however, Alonge acknowledged MI’s talent and impact in the Nigerian hip-hop space.

The chairman? Not yet!

In spite of the quick burst of achievement early in his career, MI was self-deprecating about the impact his music could create. That self-deprecation showed forth when he spoke to Guardian Life.

“No matter how many songs I sing about truth, honesty, it will never change a thing,” he raps on the now iconic Crowd Mentality which appeared on his first album.

He is not aversed to an artist putting their feet down and being committed politically. But he did not see himself going that route, at least, not yet. The reason for that is simple. He does not see himself as having the political competence to be able to run for office. Moreover, he does not trust the Nigerian political system to allow people like him to thrive without being compromised.

“In terms of elected office, I don’t know if I have the competence to offer something yet. I can get to the office, yes. But most likely, I will mess up,” he says.

“I will be compromised by the system and not achieve anything.”

Tacitly, however, MI acknowledges there is a possibility of him becoming very politically active. But before that happens, he says he has to improve himself and be totally devoted to that one cause: being a good leader.

“As I grow older, one of the things I’m trying to do is to improve my personal competence so that, when the opportunity comes, I know that I’m not getting another job.”

He is acutely aware of the need to have competent people running the government and a political structure that protects the people from harm. Using Plateau State as an example, MI criticises the system that makes a state governor a powerless chief security officer of a state.

“To change the political structure, something must be done from high up in the executive arm. The governor of Plateau State and the people have no influence over that because we are not allowed to police ourselves constitutionally.”

In spite of his confession of lack of political competence, he is very much aware that, as an individual and public figure, he cannot shy away from being committed to speaking against certain ills.

However, he does not see the point in pressuring artists to be socially committed in their arts. Doing that boxes them into an uncomfortable corner.

“The thing about an artist is not to do what is popular but to do what they are inspired by. It will be bad for an artist to get involved in politics because he thinks people will pay attention.”

The Yxng Dxnzl
In the days of Remedies, Ruggedman and Eedris Abdulkareem, Nigerian hip-hop enjoyed widespread patronage. Shows were almost incomplete without a hip-hop artist headlining them.

But an Afropop revolution, largely spearheaded by Wizkid and Davido, became very popular such that the boundaries of hip-hop and pop became almost fluid. And hip-hop became less appreciated, short of experiencing a slow, agonising death.

To revive the genre, MI assumes the role of a messiah. 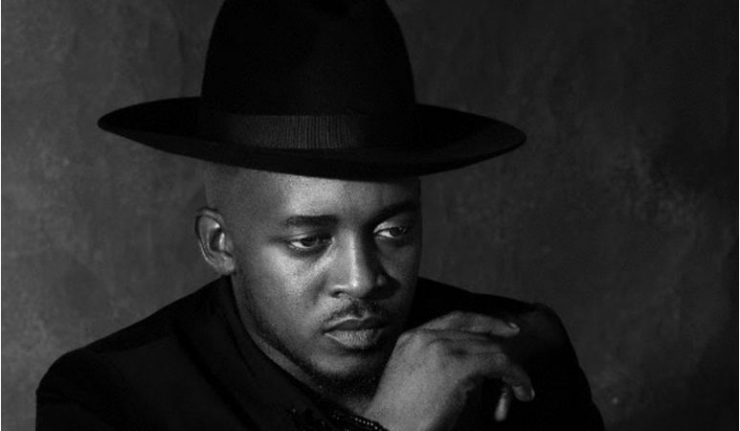 But the messianic role is not about him seeking a self-redemption for a rapper who was accused of selling out because he did commercially successful albums that did not fit critics’ expectations of a hip-hop album.

Taking a new route with Yxng Dxnzl has a lot more to do with the state of hip-hop in Nigeria.

He is a bit pessimistic about the media coverage the album may enjoy, but he is upbeat that its impact on hip-hop in Nigeria will be distinct.

The album, he says, mirrors his self-discovery and his position “as a leader” in the Nigerian hip-hop space. He feels compelled to always try something new.

The first single of the album, ‘You Rappers Should Fix up Your Lives’, was released in October 2017. More of a wakeup call to rappers to resurrect the art of lyricism, the song casts MI as a hip-hop head honcho worried about how young rappers spurn lyricism for fleeting commercial success.

“None of you rappers is real enough.
Once you blow up now, you switching up.
That’s why these fans are not feeling y’all.
SA rappers out here killing y’all.”

Although he did not mention names, the song has pointed lyrics that prompted reply tracks from more than six rappers including Blaqbonez, whose own debut album forms one leg of the tripartite projects Chocolate City Music is releasing in August.

Regardless, MI is not worried about the marketability of the new direction of Yxng Dxnzl in the face of the overwhelming love for Afropop.