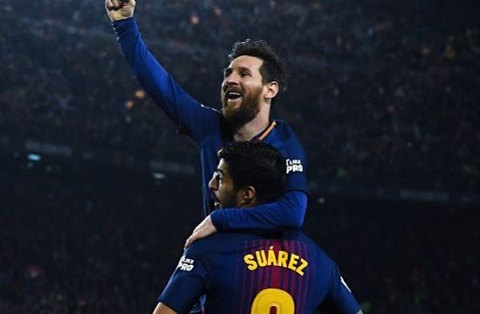 South Africa has been awash with Lionel Messi fever for the past three days as the Argentina star made a fleeting visit with his Barcelona team.

The five-time World Player of the Year made a cameo appearance for Barca as they beat local champions Mamelodi Sundowns 3-1.

Wednesday’s friendly, the second Barcelona have played against Sundowns after one in 2007, was played at Soccer City in Johannesburg to celebrate Nelson Mandela’s centenary.

Messi had been struck down by a bout of flu and only came on for the final 20 minutes; his appearance preceded by chants for him to be brought on, with a roof-lifting roar following when he got off the bench to warm up.

He had not appeared until kick-off, wrapped up against the chilly air as he took his place on the bench, but television pictures showed some female fans in tears as the Spanish champions came on to warm up.

Although it was but a fleeting appearance from Messi, some 75,000 fans got a glimpse of the star quality that has made him into a world superstar, and afterwards he poses for a myriad of pictures as the Sundowns players mobbed him for selfies.

However, other than a bust of the former South African president serving as a trophy, handed to Barcelona skipper Andres Iniesta afterwards, there was little reference to the statesman as Messi fever took hold.

Those in the stadium were unconcerned that an African Champions League game was postponed in order to accommodate the match. Among them was Confederation of African Football (Caf) president Ahmad. 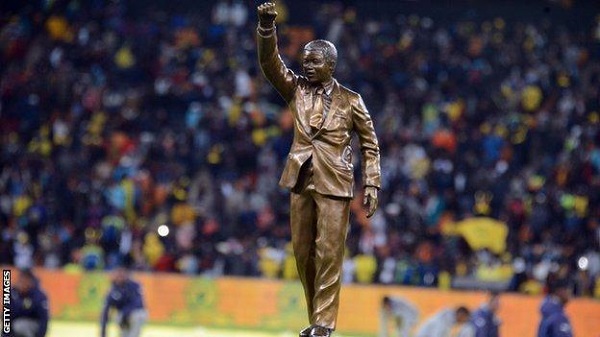 Caf announced the change in date for the Group C game against Guinea’s Horoya, saying it followed “a cordial agreement between the two clubs”.

“The match was originally fixed for Tuesday, 15 May 2018 but was postponed at the request of Mamelodi Sundowns,” it said.

The match will now be play in Conakry on 22 May.

Barcelona fielded separate teams in either half, having arrived in Johannesburg after an overnight flight on a charter jet in the morning and departing again directly after the game.

Ousmane Dembele and Luis Suarez had Barcelona 2-0 up at the break before Andre Gomes made it 3-0. Sibusiso Vilakazi pulled back a consolation goal with 15 minutes to go for the South African league winners.

Suarez last played at Soccer City at the 2010 World Cup, when his infamous handball on his own goalline kept Ghana from beating Uruguay in the quarter-final.

Kwesi Nyantakyi has not released any press statement – Shiekh Tophic 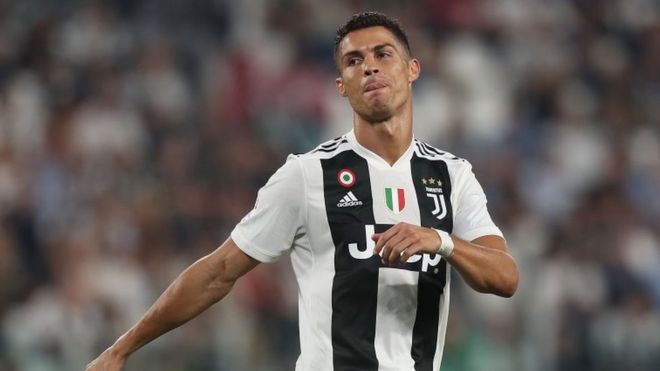