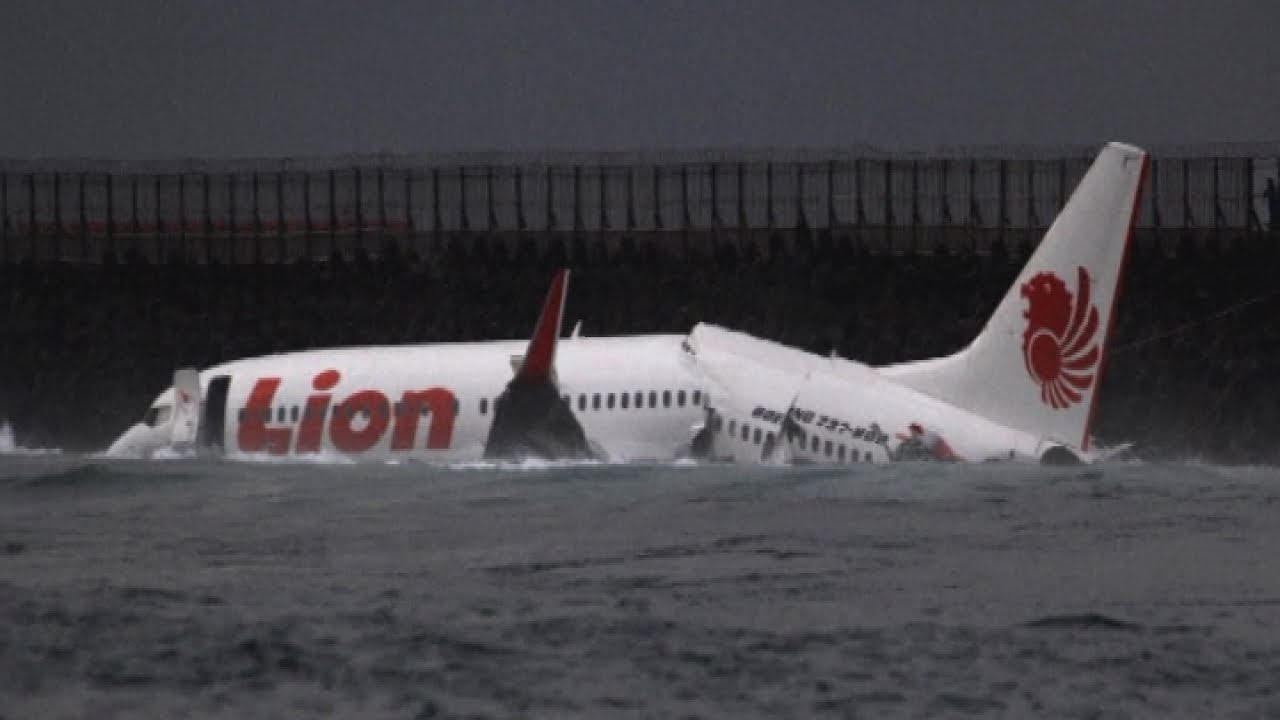 A Lion Air plane flying from Jakarta to Pangkalpinang in Bangka Belitung province has been reported missing minutes after takeoff.

The conditions were clear, the plane was only months old.

Meanwhile, according to Indonesia’s search and rescue agency Basarnas, the plane crashed into the ocean.

An Indonesian search and rescue agency official has estimated there would be no survivors from the Lion Air plane that crashed into the sea north of Java Island.

“We need to find the main wreckage,” Bambang Suryo, operational director of the agency, told reporters. “I predict there are no survivors, based on body parts found so far.”

The Boeing 737 MAX 8, flying from the capital, Jakarta, to Pangkal Pinang in Bangka Belitung province, took off about 6.20am Jakarta time (12.20pm NZ time) on Monday but lost contact with air traffic control at 6.33am.

A spokesman for the Indonesian Finance Ministry said 20 of its employees were on the plane, operated by the budget carrier Lion Air.

Indonesia’s search and rescue agency Basarnas said that Indonesian authorities were not yet able to say how many people had died, but that it was unlikely any survivors from the crash would be found.

Muhammad Syaugi, Basarnas chief said that body parts had been seen floating near Tanjung Karawang, where the plane is believed to have gone down, about 34 nautical miles north-west of Jakarta.

Basarnas has sent out boats and helicopters to search for the plane and has found wreckage and lifejackets. About150 rescuers, including 30 divers, have been sent to the scene so far.

The Ministry of Foreign Affairs and Trade said the New Zealand embassy in Jakarta was monitoring the situation closely.

“The New Zealand Embassy in Jakarta is in contact with local authorities to determine whether any New Zealanders are affected. The embassy has had no requests for consular assistance to date.”

20 ministry officials who were returning to their posts in Pangkal Pinang after spending the weekend with their families in Jakarta, were on board Lion Air flight JT 610 when it went missing Monday, Indonesian Finance Minister Sri Mulyani Indrawati revealed on Monday.

The advice was updated Monday after the crash of Lion Air JT 610.  So far, 6 bodies have been found.

The plane was relatively new, having been manufactured in 2018 and Lion Air had operated it since August 15. It had clocked up just 800 hours of flying time. It’s believed the emergency locator transmitter (ELT) on the plane was inactive.

This is developing story, more to come.