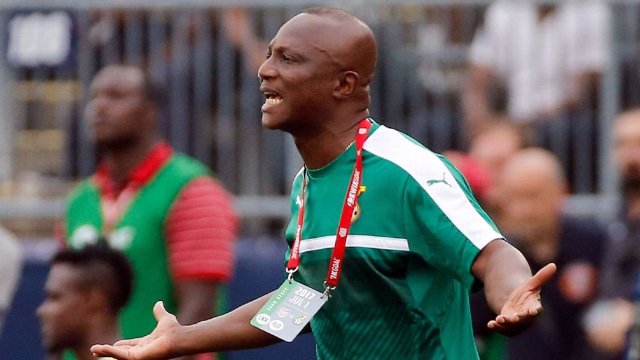 The tactician said that he appreciates the collective effort put in by his fringe players and he thoroughly enjoyed the game despite having a goal wrongly disallowed.

Ghana coach Kwesi Appiah was in buoyant mood despite seeing his side chances of qualifying for next year’s World Cup in Russia fade after a goalless draw against Uganda in Kampala on Saturday.

Appiah was forced to field a depleted side in the penultimate qualifier after seven key players were ruled out due to injuries.

But his second-string side put up a brave performance and deserved full spoils but were denied by some poor refereeing decisions.

”I believe that both teams played very well today. We created a lot of scoring opportunities,” Appiah said in a post-match interview.

”There are some infringements it’s difficult to see from the technical bench but I think later I will have the opportunity to look at the tape to see what really happened because there were some incidents you don’t understand why the referee disallowed those decisions.

”As for Ghana, I think the players did very well, considering the fact that I have about seven injured players and I had to try some other new guys and for me, many of them have proven that given the chance they can also play.”