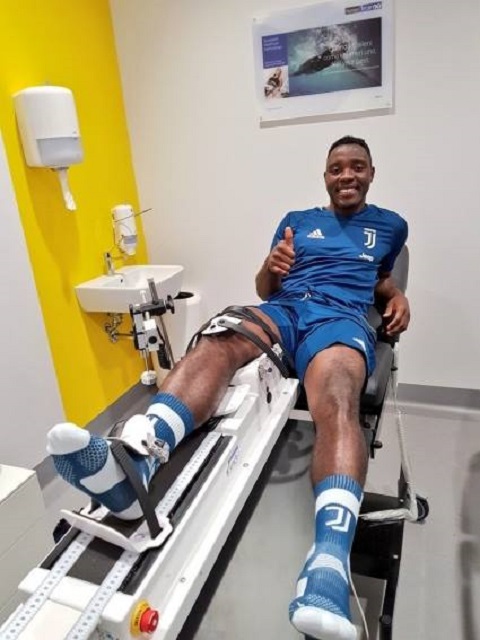 Ghanaian soccer star Kwadwo Asamoah has been out of the Black Stars conversation since he excused himself from national duty in the 2014 World Cup.

As he plans his next move to Inter Milan after successfully completing his medical, he is almost done with procedures to become an Inter Milan player in the coming weeks.

Asamoah may not only have plans to to join Inter, he has revealed his decision to return to the Black Stars as well, and his subsequent communication with Kwesi Appiah also reveals that the coach is happy to have the player back.

Known for his versatility, Asamoah after completing his medical with Inter, will be ready to sign a three-year contract in the coming days.

The Ghanaian operates either as a left midfielder, left wing-back or as an offensive central midfielder, and his consistency has always made him a fan favourite in the six seasons he’s been with the Bianconeri.

He has been a mainstay of the domestic-conquering Juventus side for the past six years, winning the title in every one of those campaigns. He’s even managed three doubles – league and Cup titles – along the way.

Even though his contract expires on June 30, the club hierarchy have known for months that he will not renew and understands that he acquired a property in Milan months ago in anticipation of a move to the Nerazzurri which will last until June 30, 2021.

His wish to move on was communicated to the team’s management earlier this year, and he leaves with the goodwill of the Italian giants.