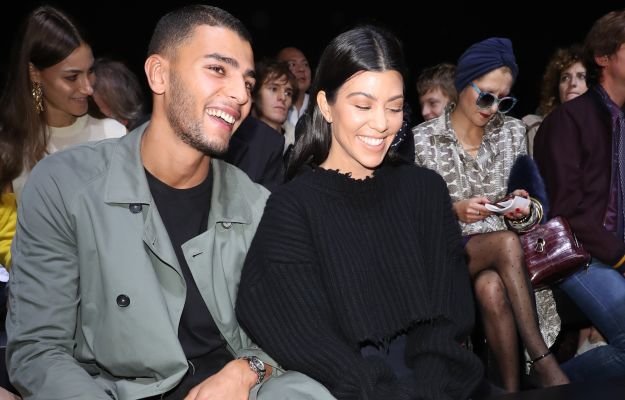 While the couple are yet to officially confirm the news, several media outlets have reported that the two have split up.

Younes Bendjima took to Instagram in response to the news that he and Kourtney Kardashian broke up. On his stories, he attempted to explain those pictures of him in Mexico with another girl but the Kardashian sisters weren’t having it.

In his defense, the Algerian model wrote that they were in Mexico with a group of friends and went on to share photos of the entire group. 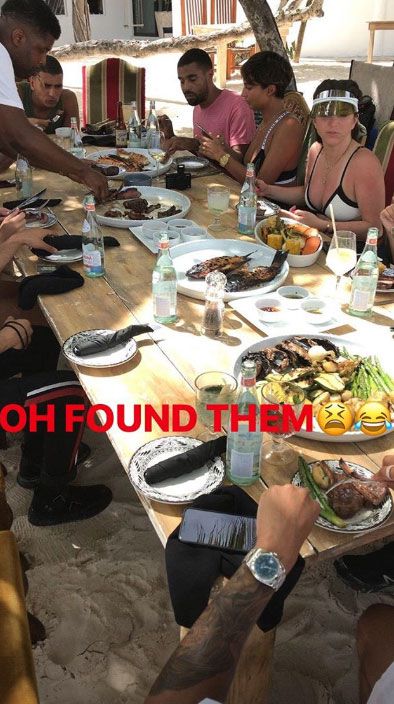 Younes Bendjima and friends in Mexico

“I know who I am, where I’m from and where I’m going, and that bothers you. Only one opinion matter, the one of my Lord [sic],” he wrote.

Another story, he screenshotted an article about the breakup and wrote “They really want me to be the bad guy f*ck your Hollywood bullsh*t ( can’t have fun with your friends anymore) Where are my 12 other friends? Nice catch though.”

Though he tried to bail himself out, the Kardashian’s sisters didn’t buy his version of the story. Khloé Kardashian jabs his statements with “Alexa play ‘Heard it all Before’ by Sunshite Anderson” while, Kim Kardashian’s comment, which featured a Pinocchio nose emoji, read, “Nice pics from your ‘boys trip’.” 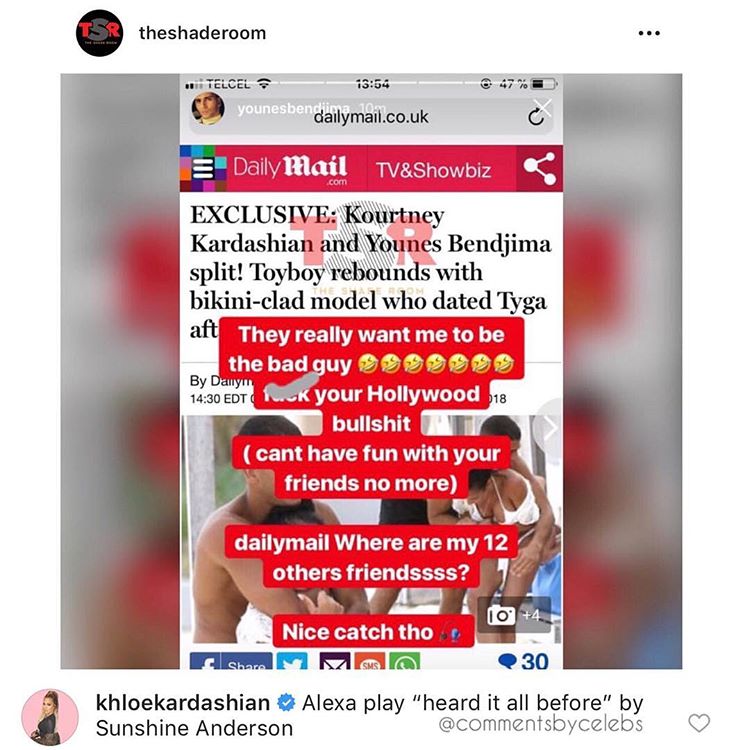 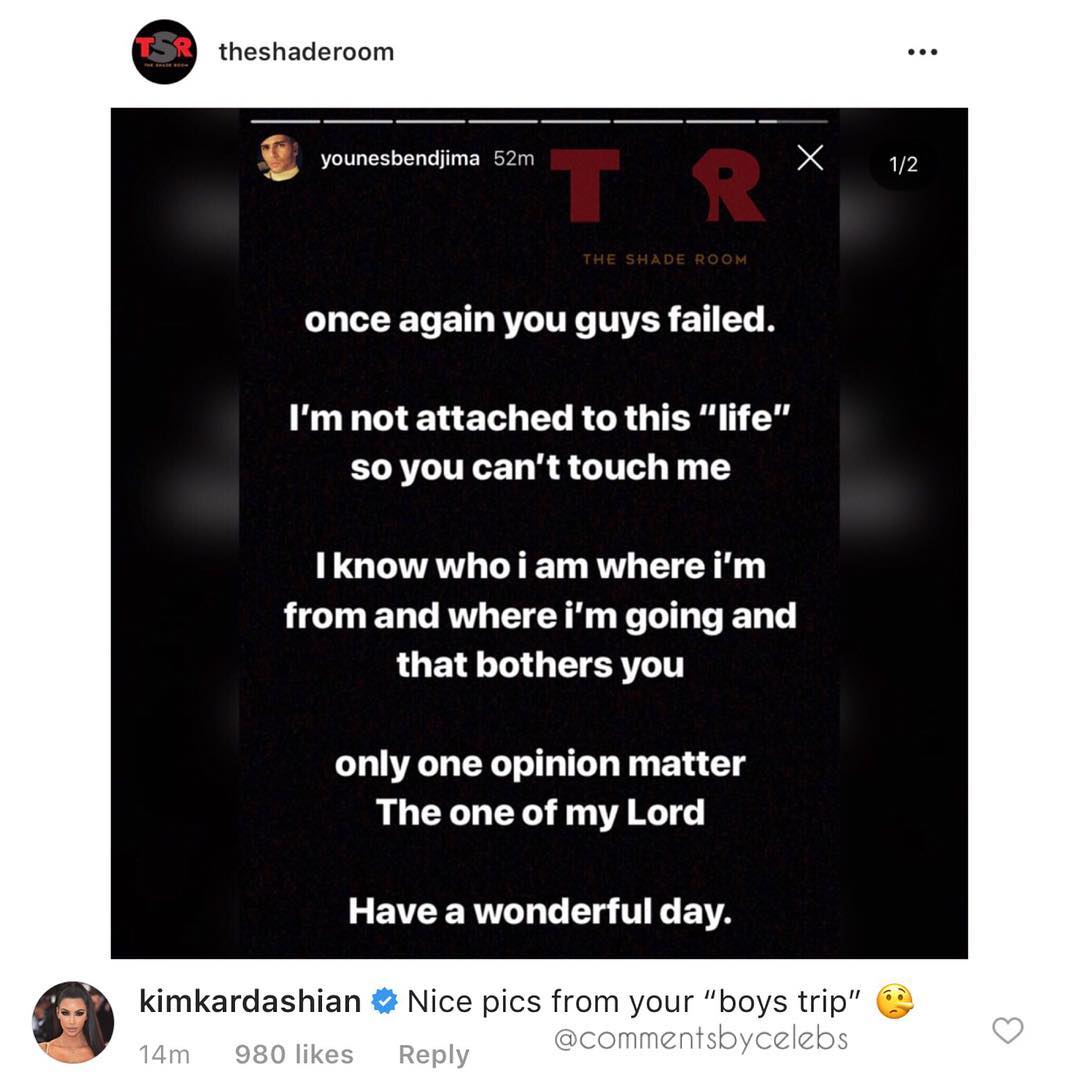 Bendjima, who was born in Algeria, met Kardashian at Paris Fashion Week back in 2016 and the two have been romantically involved ever since.

Both Kourtney and Bendjima notably no longer follow each other on Instagram at the time of writing.

Kardashian’s sisters happy with the breakup

According to a source who spoke to The Sun, Kim Kardashian and Kris Jenner are “glad” about the breakup, as the family “never clicked” with him.

“Younes clearly was not a fan of the fame, or the TV show. [The family] really had nothing in common with him and didn’t ‘get’ him,” the source is quoted as saying.

READ NOW:  We deserve 70% of Ghanaian songs on airwaves – Samini

It seems Younes actually have a problem with Kourtney’s lifestyle. Here’s my reason. In July, he raised some eyebrows when he left a sassy (and uncalled for) comment on Kourtney’s Instagram when she posted a thong picture. His comment has since been deleted though we have a backup below. 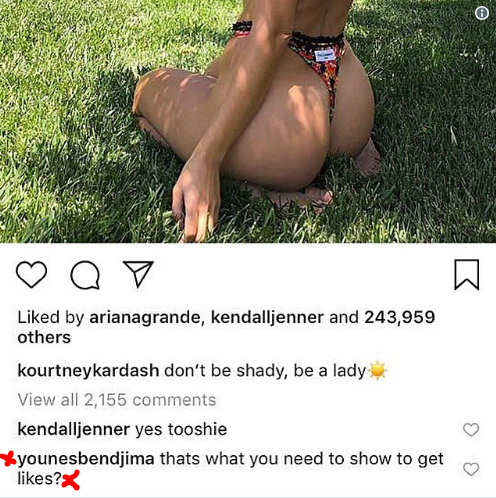