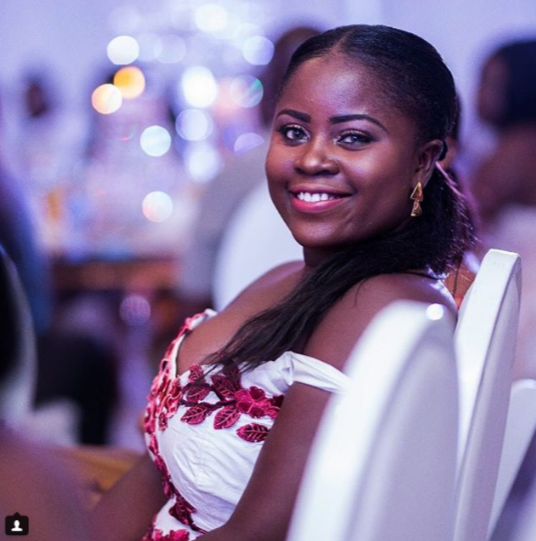 -Claims everything is fine between then but she will resurface on Facebook soon.

In an Instagram post on Monday, the “Million Dollar” hitmaker revealed to her followers her departure from the record label. While many have speculated that she left the label due to her dissatisfaction with a comment made by his mentor, Samini, who chose current trending dancehall act Ebony over her, It is rather unclear what triggered the breakup between Kaakie and her management.

She posted saying: “Hi, greetings to everyone here. Am sure it has come to the notice of everyone that I have been silent for some time now. I wish to inform you all respectfully that as from today am no more a member and an artist with and under XLM. We have worked together for all these years and Together we gave you my dear fans good music.”

Samini in an interview with Pulse Gh on Wednesday, August 2, admitted that when it comes to female Dancehall, he will always choose Ebony over Kaakie but still holds the latter to his heart.

“Kaakie is my daughter and there will be a limit to things I can do with Kaakie so I will choose Ebony.”

In Kaakie’s breakup message, she also revealed that her Facebook and Twitter pages are managed by her former team and fans should look out for her new page.

“It has been hard for me to break the news to you but today I am, am no more an artist under XLM. Hence XLM do not represent Kaakie anymore.. and for my fans on facebook and twitter, I wish to inform you that the pages are not handled or managed by me.” 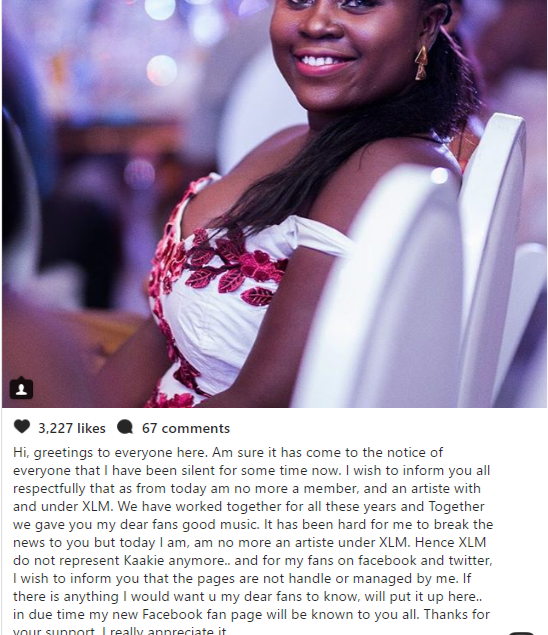 Xtra Large Music (XLM) is owned by music producer, JMJ but it was Samini’s backing that helped Kaakie gained mainstream attention through collaborations and endorsements.

I can't stop smoking weed and do music, I need both – Kwaw Kese