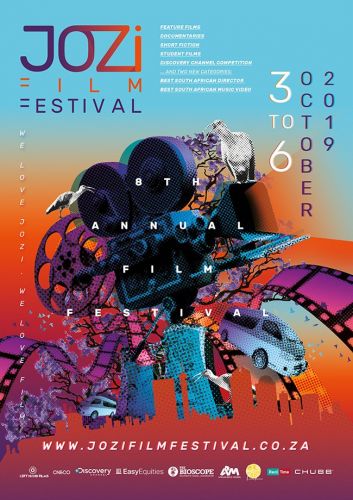 The Jozi Film Festival was initially created to provide a platform for local filmmakers in Johannesburg, and to develop an audience for South African films. While still prioritizing local film, JFF now accept films from around the world – features, short films, documentaries and student films.

This year, the Jozi Film Festival is proud to announce a new direction for its partnership with Discovery. In 2019, Discovery’s new Real Time channel will be searching for Real Stories that are told by Real People. This new format will replace the previous ‘Don’t Stop Wondering’ award, hosted by Discovery channel.

“Ever since we partnered with the Jozi Film Festival, we have been blown away by the submissions and the quality of the documentaries that we have received, hence we decided to find a platform where these films will be broadcasted and shared with a broader audience,” said Amanda Turnbull, VP & Country Manager for Discovery Networks Middle East and Africa. We are even more excited to introduce this new genre as we are anticipating seeing the wonderful, real stories that will be told by talented Africans.”

Submissions for the “Real Stories by Real People about Real Lives” opened yesterday on Wednesday, 5 June and close on Friday 30 August, calling for 3-5-minute stories from storytellers across Africa which showcase, celebrate and continue to tell unique African stories.

“Partnering with Discovery is always wonderful as it gives African’s the opportunity to showcase their stories. We are even more excited about this year’s category, as the winning stories will not only win a cash prize, but they will be shared on the Real Timechannel,” said Lisa Henry, Jozi Film Festival Founder and Organiser.

This year’s prize from Discovery will be $2 500 for the winner, $1 000 for the 2nd prize and $750 for the 3rd prize. The top 20 films, including the winning three, will also be broadcast on the channel for all viewers to enjoy.

Entrants must be 18 years or older and be an African resident. Submitted films must be in English or include English subtitles. To enter go to click here, terms and conditions apply. The closing date is the 30th of August at 19:00 CAT. Don’t miss out on this amazing opportunity, enter now!