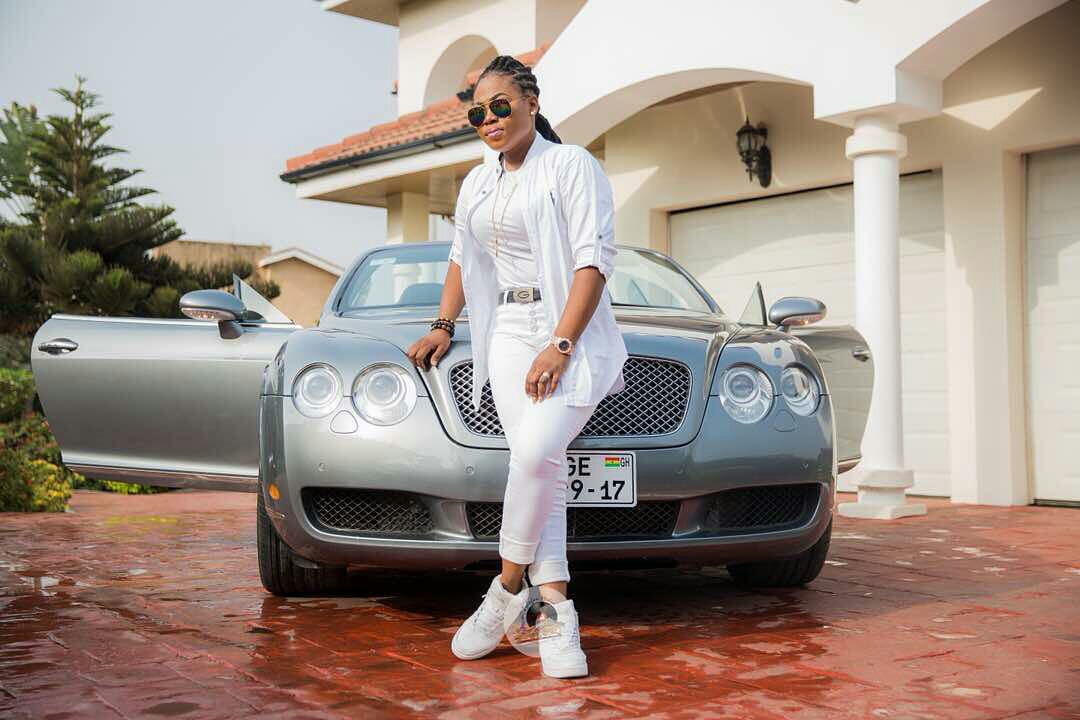 The award-winning songstress who in 2017 signed a four-year contract with the label which has not ended yet, said for an obvious reason known to the top managers at Zylofon, all artiste managers at the music label have been asked to resign from all their positions.

According to the, ‘I Swerve You’ hit singer, her husband, Dave Joy has taken full charge of music work which was previously done by Zylofon Music.

Joyce Blessing who is the only signed gospel musician under Zylofon Music Record Label disclosed on Rainbow Radio’s Away Bus show that several workers at the label have been asked to proceed on leave with no reasons assigned.

She further indicated that signing on to Zylofon Music has been unfortunate for her career since she did everything on her own without support from the label.

Efforts to reach top managers of Zylofon Music company to ascertain the truth have proven futile.

The ‘unbreakable’ hitmaker Joyce Blessing has denied reports making rounds that she has terminated her contract with Zylofon Music.

Joyce Blessing is among a long list of Ghanaian entertainers signed by Zylofon Music which is owned by the Chief Executive Officer of Menzgold, Nana Appiah Mensah also known as NAM1.

Speaking in an interview with Attractivemustapha.com, Joyce Blessing said she has not had the opportunity to read the news that is all over social media but it is false for anybody to allude from recent conversations or state that she mentioned anywhere that she has broken the business deal with Zylofon Music.

Clearing the air on whether joining Zylofon Music has been unfortunate to her career she told Attractive Mustapha that she has not made that statement anywhere.

“I was already there before the Zylofon contract came and I have not gone down. Everybody knew me before I was signed unto Zylofon Music and made my name before I was signed by Zylofon and I am still Joyce Blessing. I don’t know why people are reporting the fake stories. As it stands now I am not going down I keep going up”, the ‘I swerve you’ diva explained.

She confirmed that she signed a four-year contract with Zylofon Music which is supposed to end in three years.