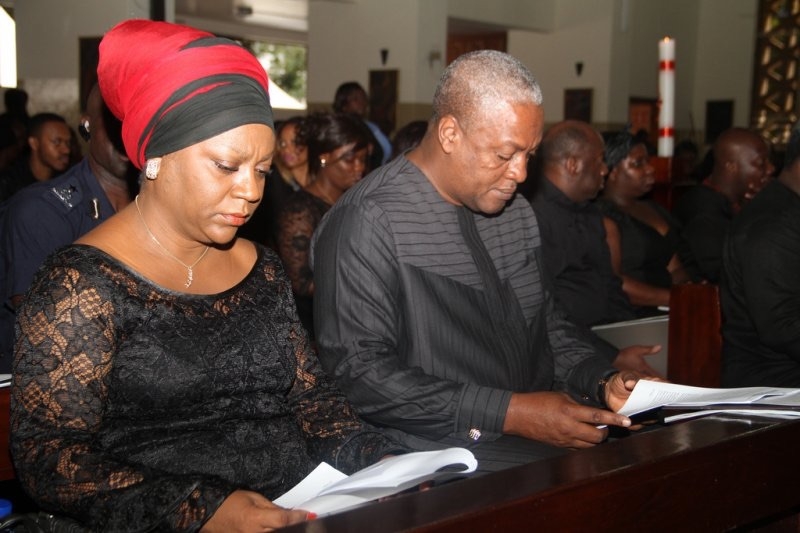 Former Deputy Chief of Staff in the Mahama administration, Ms Valerie Sawyerr has asked President Nana Akufo-Addo not to be fooled by the rants of former President Jerry John Rawlings against his (Rawlings’) own party, National Democratic Congress (NDC) in favour of the governing New Patriotic Party (NPP).

“President Akufo-Addo … where are your men and women? Do not be deceived by JJ’s recent rantings that seem to favour your cause,” she wrote in an article, adding: “Your Government in seven months is reeking of corruption. Rise up and do something about it instead of waving that baton with that uninspiring look on your face … to the left, up and down… to the right, up and down! A man is only as good as his word!”.

She further said in her article;

Papa Stone, I hear you said

‘When I talk they say I don’t like NDC, no! I don’t like stealing, I don’t like disgrace so if NDC does good I will praise them if they are bad I will say it as well’.

Who has said you don’t like the NDC? Are you setting your own questions and answering them please? Nobody has said you do not like the NDC. Stop putting words in our mouths. Indeed, some think you crave for the NDC so much that you are prepared to destroy anyone and anything in the NDC if that will suit your agenda to always be in control of the NDC.

… but I don’t blame you Papa J … I blame the NDC … after you taught us probity, accountability and transparency, why can’t we rise to demand same of you? After you taught us to be fearless in upholding the truth, why don’t we rise to demand same of you? When you twist and manipulate us, why don’t our leaders ask you why you are breaching your own so-called rules?

Ms Sawyerr’s article is in response to Mr Rawlings’s recent comment that the administrations of Kufuor, Mills and Mahama were fraught with corruption.

Rawlings is corrupt, he buzzes like an agitated mosquito - Valerie Sawyerr