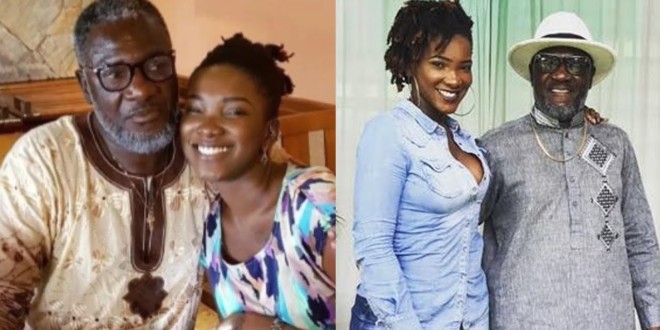 Nana Poku Kwarteng, father of the late Dancehall act Ebony has said he cannot challenge Ebony’s manager, Bullet if he claims to have written all of Ebony’s songs.

According to him, even though that assertion has been held by many, he knows Ebony to be a very good songwriter.

He made this revelation in an interview with Prince Tsegah on Hitz FM’s “You Sey Wetin” program on Monday.

Mr Kwarteng further noted that before Ebony met Bullet, she had couple of songs compiled as a demo that got Bullet’s attention to sign her onto the RuffTown record label.

“I can’t challenge that because I wouldn’t know. I didn’t think he should talk about that because it’s not necessary. The lady [Ebony] is not around to challenge that fact. We know him to be a songwriter. Ebony also writes songs. She has about 20 unreleased songs. I know her to be a writer…” he told Prince Tsegah.

He continued that, “Yes, she had the personality, voice, and everything. She had already sent a demo to Bullet that made him see the girl. She couldn’t have been that bad. She wasn’t bad. There couldn’t be any limitation, Bullet supported her but she was a songwriter as well. It wasn’t the case. He fell in love with her through her demos”.