Ignore bogus tweets from Zylofon CEO – A Plus 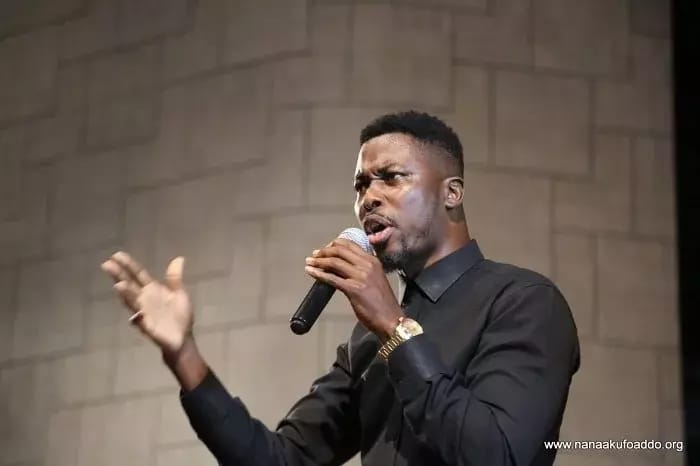 Kwame Asare Obeng popularly known as A Plus is a hiplife artiste who seems to take great interest in rapping about politics and social issues. He has added his voice to the sudden death of Ebony, the dancehall star whose demise has left the country in shock.

According to the controversial musician – A Plus, CEO of Zylofon media, Nana Appiah Mensah’s tweets which suggested Ebony wanted to be ‘free’ from her manager is bogus!

The CEO of Zylofon Media tweeted, “We had a fruitful meeting and reached an Agreement just last tuesday. “Please help me pay him for my bail out. I want to be free”. I hope you’re free now & finds absolute peace in the bosom of the almighty God. Let’s pay CRITICAL ATTENTION to our female artists.#RIPEbony ”

The statement suggested that the talented songstress was unhappy with her management under Ricky Nana Agyemang, aka Bullet, insisting ‘I want to be free.’

The tweet which went viral was not received well by many who stated that the comment were insensitive and unfair to Bullet.

A plus who said he could not fathom why Nana Appiah Mensah will tweet to put Bullet in a bad light knowing the difficult times Bullet had gone through in making Ebony who she was before her death.

“I don’t know what Nana Appiah Mensah, Zylophone Media CEO hopes to achieve with his Facebook post. What I know is that he has also signed so many artists…..I WISH HIM ALL THE BEST AND A SMOOTH RIDE WITH ALL HIS ARTISTS!!!” he wrote… 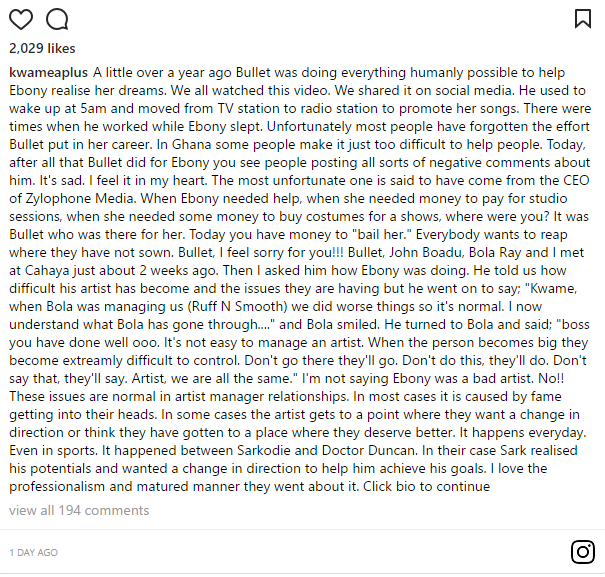