Rumours started to resurface after Bond franchise producer Barbara Broccoli was reported to have announced the door was open for a black 007 in the future. 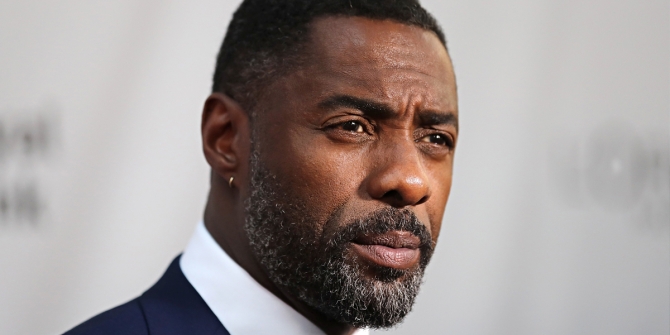 Idris Elba, the suave Brit best known for his roles on “The Wire,” “Luther,” and the “Thor” movies, has for years been the focus of hopeful theories that he might play the next 007 when actor Daniel Craig throws in the towel.

“My name’s Elba, Idris Elba,” the star tweeted alongside a front-camera selfie. A simple move, that sent fans into a frenzy, with Elba’s Twitter mentions already dreaming up the perfect 007 outing for him – Gillian Anderson, of course, has already been suggested as a future Bond girl.

But just hours later after he spark rumours, he also tweeted a photo of the rap group Public Enemy as well as as lyric from one of their songs: “Don’t believe the HYPE …”
His tweets come days after director Antoine Fuqua said that Bond producer Barbara Broccoli believes it’s time to bring some diversity to the main role. In the story, Fuqua also left open the possibility for Elba to play the starring role of James Bond.

No one has confirmed this publicly as of yet though Elba himself has said he’s open to playing the role.

“It would be such an honor,” he told CNN in 2014. “I mean what do we have to do here? We have to wear beautiful suits, drive nice cars, chase bad guys and date beautiful women? I dunno, sounds good to me.”