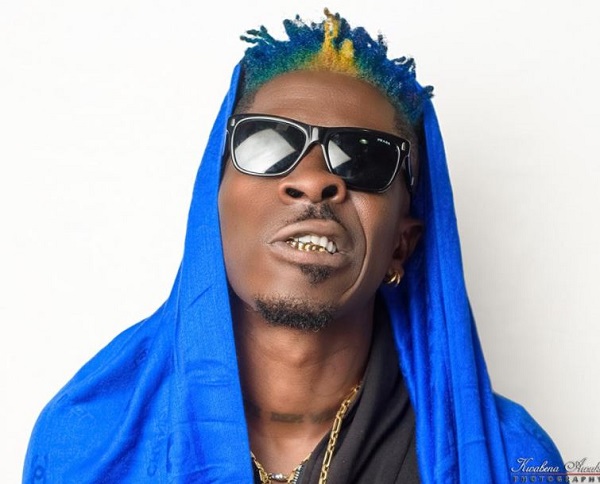 Nominations for the 19th Vodafone Ghana Music Awards was recently opened and as usual, most of the A-list acts will love to be part of the history-making event, undoubtedly, the most prestigious award ceremony in the country.
Last year, he may have tried to calm his nerves and pride but this year, he’s attending the ceremony by hook or crook.
Shatta Wale has announced his interest in this year’s Vodafone Ghana Music Awards after having said the worst about the Award scheme and its organizers.
You could recall Shatta Wale heaping insults at organizers of the awards scheme in several videos back in 2014. It’s exactly four years after the organizers ghosted him on the scheme and he seems to be battling the seizure of not winning any local award in the last four years. At least, his over 300 songs with less than 10 making hits throughout the years should earn him a nod but his attitude says NO!
He has pleaded but officials of the award scheme are yet to redraw the case from court.
Shatta Wale was speaking on Zylofon Fm Friday morning when he revealed that:

“My team is deliberating on picking the nomination forms,” he said adding that, “I will attend this year’s ceremony by hook or crook. I will attend even if I am not invited.”

“I’m attending this year’s VGMAs, if they want me to perform, that’s fine, but if they won’t allow me, I’ll still attend the event this year”
“I’ve been talking to George Quaye about this for a while, I’m hopeful…”
Will his comeback change the situation around his defamation case? We doubt.