-Samini is not the reason for her breakup and Kaakie says she’s still in good terms with both High Grade Family and XLM. 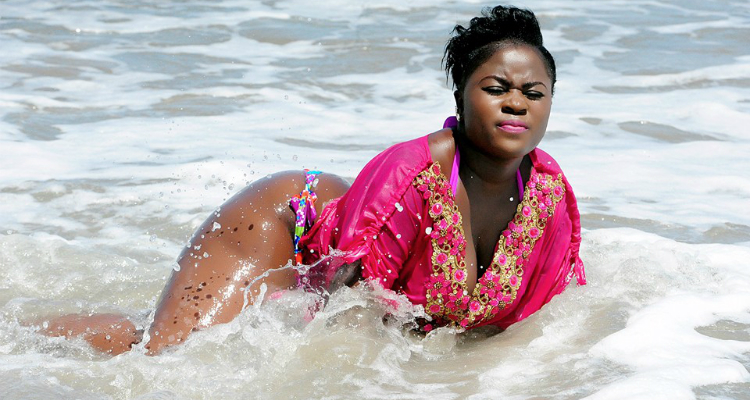 Dancehall star Kaakie recently announced her split from her management team Xtra Large Music. In a lengthy post on social media, Kaakie simply announced the breakup, giving little details over what might have led to it.

Although there were speculations that, Samini’s choice of picking trending dancehall act Ebony over Kaakie could have played a role in the breakup with JMJ’s Xtra Large Music, Kaakie has refuted the claims saying she only broke a bad deal which management wasn’t ready to review.

Speaking in an interview with Berla Mundi on Rhymthz Live, the dancehall queen revealed that she had little idea about the deal she initially signed with her former record label.

“I was young when I signed to JMJ’s record label”

“I didn’t even involve a lawyer then, I only invited a lawyer to read my contract after I had signed a bad deal”

Asked what the details of her contract were, Kaakie revealed the 3-album contract only ended up with her releasing only an album and over 20 songs.

“It may interest you to know I don’t even own a single song I have released so far. I feel I have wasted 6 years of my music career but I’m ready for a new beginning. Not even my Facebook and Twitter accounts are mine. Last I heard, my social media pages have been deleted but, I promised my fans of my new pages by the end of this week,” she wrapped.

Kaakie is currently not signed to Zylofon Media as fans have speculated but there are hopes she could join them soon. She believes her passion for dancehall is still what is it but she’ll start a whole new career with hi-life music and soul as a genre.

Samini - My Own (Official Video)