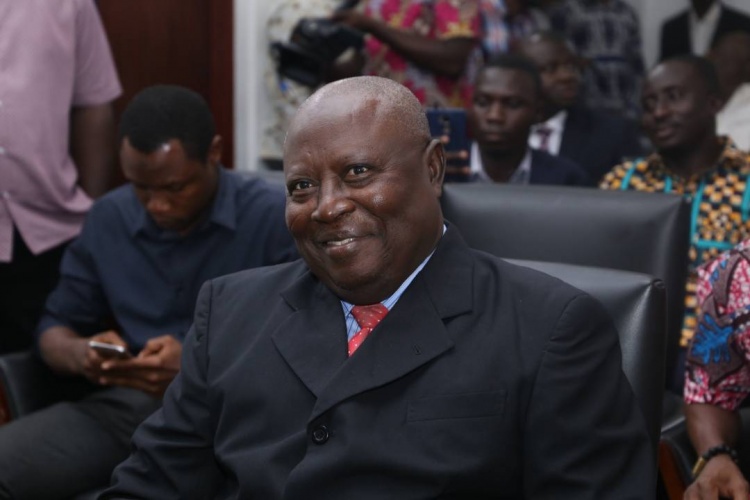 Special Prosecutor nominee, Martin Alamisi Amidu, has denied reports that he has applied to be a member of the governing New Patriotic Party (NPP).

He told Parliament’s Appointment Committee Tuesday that he is a foundation member of the NDC and still believes in the probity, accountability and transparency mantra of the opposition National Democratic Congress (NDC).

“I have not joined NPP but I believe that parties can collaborate to ameliorate the ills that plague society. That is why we as political parties each try to see how best we can develop the country,” he said.

According to him, he is and has always remained a foundation member of the NDC under which he served as an Attorney General in the Atta Mills administration.

Martin Amidu was relieved of his post in 2012 by the late President J.E. Mills over issues of misconduct.

This was after he made assertions that some cabinet member in the Mills administration may have been compromised, an allegation the late president did not take kindly to and decided to sack him.

But when he appeared before the Appointments Committee he challenged the claim of misconduct against him saying there was a “breach of trust” between himself and the late president leading to his dismissal. He said he later challenged his dismissal and got a court ruling in his favour.

“NPP has its own ideas, which is a property-owning democracy, I don’t agree with it but I see nothing wrong with it,” he said.

According to him, the NPP has the right to pursue that ideology, lauding former President Kufuor’s social intervention policies.

With such social interventions, he said there will come a time when the two parties will converge regarding such interventions.

“I agreed to do this job because I feel the President was committed to reducing corruption. He never asked as a condition that I leave a party, but I knew after accepting the nomination that I will not be a member of his party or the pond from which I came from,” he stressed.

Mr Amidu said there is no point for anyone to doubt his impartiality because whoever occupies the office of the Special Prosecutor is supposed to be non-partisan.

“I knew that from that day, I was a potential public appointee and from that day onwards I have to be neutral,” he said.

On the issue about why he accepted appointment to the same office he had early on criticized, the nominee said he raised those issues and criticism as a constitutional lawyer and stands by them.

However, if the president and indeed Parliament decided that the office was legal and backed it by passing it into law, he has no problems helping in the fight against corruption through the use of the Special Prosecutor’s office.

Here are 5 Reasons To Have Sex Before Marriage

State officials are extorting money from us – LPG Marketers