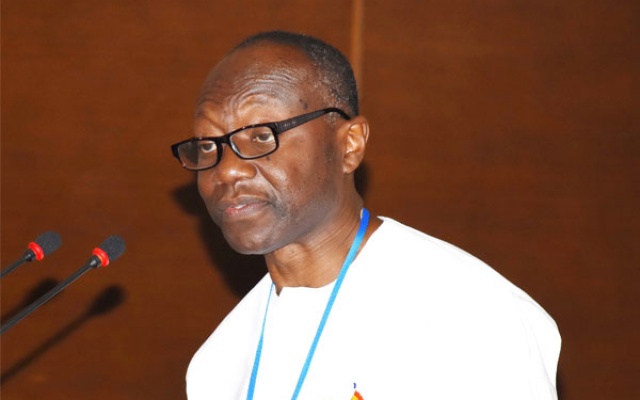 Government is considering raising ¢11.3 billion cedis in treasury bills and bond sale for the second quarter of the year, according to the issuance calendar from April to June 2018.

The calendar shows ¢8.7 billion out of the ¢11.3billion being raised would be used to clear debts that are maturing, while the remaining ¢2.5 billion would be used to support government’s financing needs for the next three months.

Total amount to be raised by June this year

Finance Ministry on the bond

The Finance Ministry has indicated that all the long-dated bonds from a two-year note, would be done through the book building approach. With the exception of the five-year paper, which would be carried out in a global depository note approach, clearance would be done in dollars.

According to the Ministry, the calendar was developed based on the 2018 Net Domestic Financing as stipulated in the 2018 Budget and Economic Policy of government, domestic debt maturities and the Medium Term Debt Management Strategy (MTDS) for 2018-2021.

The calendar shows the securities that are intended to be issued for the period April to June 2018.

The Calendar also takes into consideration government’s liability management programme, market developments (both domestic and international) and the Debt Management objective of lengthening the maturity profile of the public debt.

The ministry added that government plans to issue a gross amount of GH?11,325.00 million, of which GH¢8,748.00 million is to roll over maturities (Note that this is not a new debt).

The remaining GH¢2,577.00 million is to meet government’s financing requirements for the period.

Per this calendar, government aims to build benchmark bonds through the issuance of the following instruments: the 91-day and 182-day Treasury Bills will be issued weekly;

· The 1-Year Note will be issued bi-weekly through the primary auction, with settlement occurring on first and third Mondays of each month;

· The 2-Year Note, 3-Year, 7-Year and 10-Year bonds will be issued through the book-building method and settlement on the last Monday of each month.

The five-year issue will, however, be a Global Depository Note which will be euro clearable.

I lost my investment too – SEC Boss